Zscaler’s revenue surged 63% year over year to $255.6 million in the quarter, which ended on Jan. 31. That bested Wall Street’s estimates, which had called for revenue of less than $242 million.

“The importance of our Zero Trust Exchange architecture has never been clearer to customers undertaking digital transformation,” CEO Jay Chaudhry said in a press release. He added:

Customers are not only gaining security advantages from our Zero Trust model but they are also reaping the benefits of faster innovation and economics from our global cloud, which is now processing more than 210 billion transactions per day. 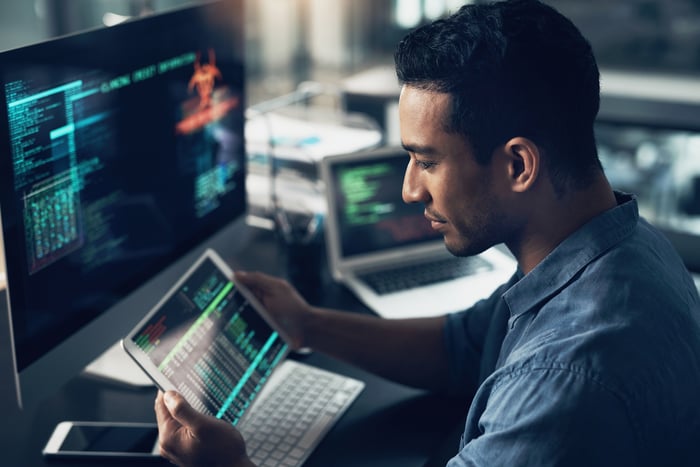 However, some analysts pointed to a deceleration in Zscaler’s billings growth as a reason for the stock’s sharp decline on Friday.  Billings represent the dollar amount Zscaler has invoiced its customers for subscriptions to its cloud platform and related support services. It’s an important metric that analysts use to forecast future revenue growth. The cybersecurity company’s billings grew 59% to $367.7 million in the second quarter. That was down from the 71% growth Zscaler enjoyed in the first quarter.

Looking ahead, management expects fiscal 2022 full-year revenue of roughly $1.05 billion and billings of $1.37 billion. That would represent year-over-year growth of approximately 56% and 47%, respectively, and a further deceleration in Zscaler’s pace of expansion.

CZ Notes Down the Current Price of Crypto, Says It’s Not the End By CoinEdition

Nov 27, 2022
Aircraft in the Presidential Air Fleet are at the risk of being impounded by foreign…

Nov 26, 2022
The first major free trade agreement signed by Britain after Brexit has been branded a failure after new figures…

Nov 26, 2022
Ethereum (ETH 2.24%) has followed the same path as the general cryptocurrency market this year. And that's…

Amazon workers in 30 other countries protest on Black Friday

3 High-Dividend Healthcare REITs With Positive Returns Over The Past…

Nov 26, 2022
Shopping malls and retail strip centers have been declining for many years. How many empty spaces did you see in…

Nov 26, 2022
Following the collapse of crypto exchange FTX, which was headquartered in the island country of Bahamas,…
Prev Next 1 of 204