And that, I fear, you can blame on Guggenheim. 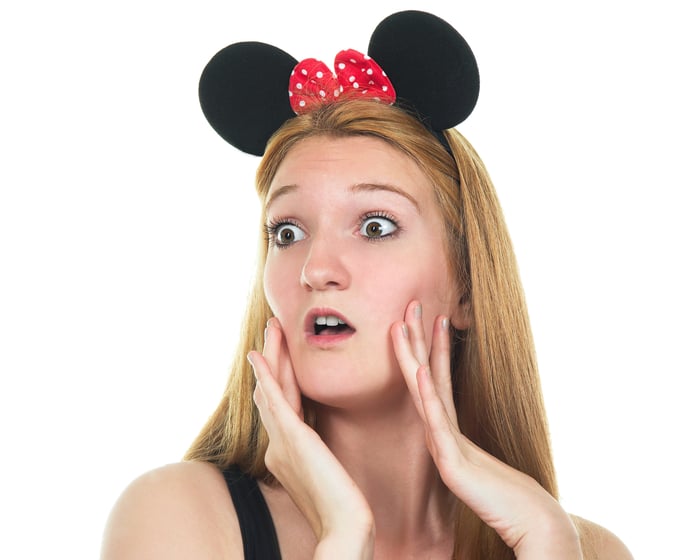 Who is Guggenheim, you ask? It’s a privately owned investment manager based in Chicago. And more pertinently today, it’s the stock shop that just downgraded Disney stock to neutral.

As StreetInsider.com reports, Guggenheim cut its rating on Disney stock this morning, and cut its price target on the shares by 20% to $165 apiece, citing a slower “pace of profit growth at the company’s direct-to-consumer (DTC) and parks businesses, which is now below consensus through fiscal 2024.”

Over-optimistic analysts could prove to be a headwind for Disney over the next few years, you see, if it takes the economy longer to recover from the pandemic than they hope. Citing “digital growth challenges, parks trend volatility and cost inflation,” Guggenheim is of the opinion that a recovery in Disney’s parks and recreation business will take longer than predicted. And as more analysts come around to that point of view, Guggenheim expects we’ll see earnings predictions lowered, depressing investor enthusiasm for owning Disney stock.

Now, it’s not all bad news.

Guggenheim notes that Disney’s continued investment in direct-to-consumer streaming of movies and TV shows is also underappreciated by analysts. With Disney devoting $8 billion in investment in DTC this year, Guggenheim expects this business to keep growing, with as many as 10 million new subscribers to Disney+ coming online in the first quarter of 2022. The analyst also expects Disney+ to “approach breakeven by fiscal 2023.”

Still, by and large, the analyst sees Disney as a whole earning sufficiently little that year to value the stock at 30 times next year’s earnings, a premium valuation that leaves only about 10% room for upside from the stock’s current $150 share price.

In Guggenheim’s opinion, that’s worth a neutral rating — no more.