What the heck is going on here? 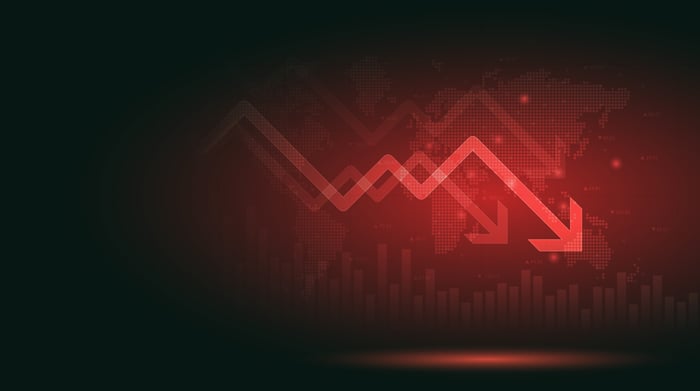 Reuters has the story. Yesterday afternoon, it reported General Motors to be one of the first in a long line of companies cutting ties with Russia in response to the country’s attack on Ukraine, to Western sanctions punishing Russia for the attack — or both.

“Our thoughts are with the people of Ukraine at this time,” said GM in a statement, and “the loss of life is a tragedy,” before announcing that it has suspended shipments of cars and trucks to Russia until further notice. Volvo, Daimler, Mercedes-Benz, and Harley-Davidson have also said they are halting shipments to Russia. Ford — which as you’ll note up above is actually down more than GM today — has not yet stated that it will halt operations in Russia, where it owns a 50% stake in three separate car plants.

Meanwhile, on the other side of the supply chain, Japan’s Toyota Motor said it had to suspend productions at one factory after one of its suppliers “was hit by a suspected cyberattack,” reported Reuters.

How big of a deal is the war in Ukraine for American automakers? That varies from company to company.

In the case of GM, for example, Reuters points out that the company only actually ships about 3,000 cars per year to Russia. Ford, with its more substantial production presence in the country, is clearly at greater risk — and this may explain both its relatively steeper stock price slide, and its reticence to publicly denounce or cut ties with Russia.

Tesla on the other hand might actually gain some goodwill during this conflict. While shipments of Model Y and Model X ultra-luxury electric sedans and SUVs to Russian oligarchs may take a hit, Tesla endeared itself to fans in both Ukraine and in nearby Europe last week, announcing that:

@elonmusk, while you try to colonize Mars — Russia try to occupy Ukraine! While your rockets successfully land from space — Russian rockets attack Ukrainian civil people! We ask you to provide Ukraine with Starlink stations and to address sane Russians to stand.

However much it costs Musk to provide free electricity and free Starlink terminals to Ukraine, I suspect he will be repaid many times over in the form of goodwill won for Tesla’s brand and its stock.

As a result, my hunch is that Ford is the car company with the most to lose from the Ukrainian crisis, that GM’s exposure is minimal, and that long term, Tesla should recoup its losses and actually come out ahead in the end.

Is SPY A Good Investment For Beginner ETF Investors?

What is Ridham Desai’s 2023 Sensex target? His view on Indian markets and risk…

a once-in-a-lifetime chance to get rich?

Is the Activision-Microsoft Deal Really in Danger?