Capping one of the worst weeks of its life as a stock, Sea Limited‘s ( SE -11.45% ) share price took a more than 11% hit on Friday. The latest blow was a recommendation downgrade and a deep price target cut from an analyst at a high-profile investment bank.

Joining a clutch of fellow prognosticators trimming their expectations for Sea Limited stock was Ranjan Sharma, of JPMorgan Chase unit J.P. Morgan. On Friday, Sharma eviscerated his price target, reducing it to $105 per share from the previous $250. Consequently, he now views the company as a neutral; before this his recommendation was overweight (i.e., buy). 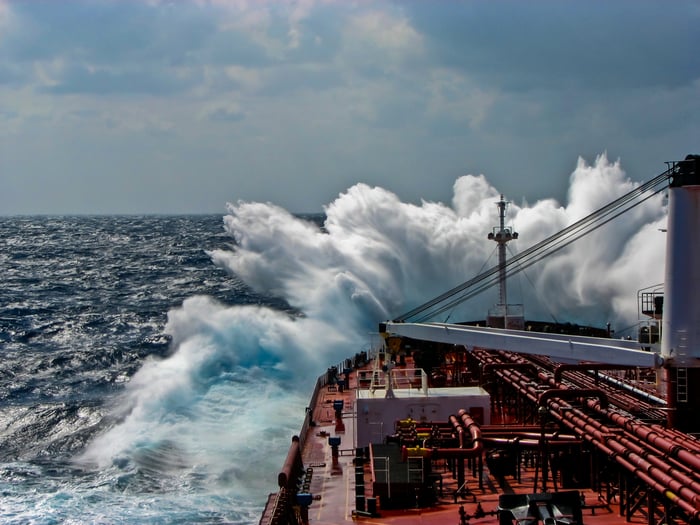 In a new research note, the analyst wrote that the company’s current level “already reflects the de-rating in high-growth, loss-making companies, concerns around a slowdown of e-commerce/gaming, a Tencent overhang, and legal and regulatory risks, in our view.”

Tencent is the Chinese tech company that sold out of roughly $3 billion of Sea Limited stock in January.

Sharma’s blunt new analysis follows similar evaluations from fellow prognosticators. Prior to his new note, a clutch of prognosticators also cut their Sea Limited price targets (and, in one case, downgraded their recommendation on the stock). These cutters included such prominent names as Morgan Stanley, Citigroup, and Barclays.

The slices followed the company’s Q4 of 2021 earnings report published at the beginning of the week, in which it revealed a far deeper than expected net loss despite significant top-line growth.