Lemonade‘s (NYSE:LMND) stock continued on its recent downward trend on Friday, although its price drop wasn’t as severe as in previous days. It slipped by 0.1% on an otherwise bullish day for the market; two analysts’ share price target chops were the catalysts for the latest fall.

On Friday morning, Oppenheimer (NYSE:OPY) prognosticator Jason Helfstein lopped $40 off his previous $85 per share price target for Lemonade, giving it a new target of $45. Despite that rather deep cut, Helfstein is maintaining his outperform (i.e., buy) recommendation on the stock. 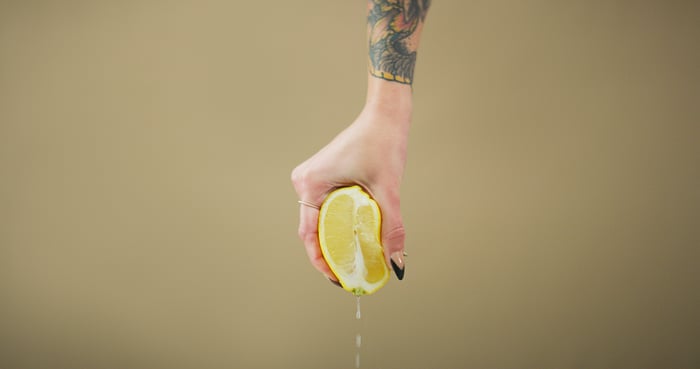 Also wielding the ax on Friday was Barclays‘ (NYSE:BCS) Tracy Benguigui, who put a target of $22 on the shares. That’s nearly 50% below her former target of $43, but she’s leaving her equal weight (read: hold) recommendation in place. According to her latest research note, Benguigui is not impressed by the company’s change in business mix.

Both of those analysts adjusted their views in the wake of Lemonade’s fourth-quarter earnings report, which it published Wednesday. The next-generation insurance company revealed a slightly deeper than expected loss of $1.14 per share for the period. And while revenue topped analysts’ consensus expectations, top-line guidance for both the current quarter and the entirety of 2022 fell short of estimates, and growth in certain key metrics slowed.

Investors tend to welcome initially loss-making new business models, particularly if they’re based heavily on digital solutions. But their tolerance for red ink on the bottom line and slowing growth can wear thin before long. Lemonade will need to prove to the skeptics that it is capable of improving its fundamentals at the very least, if not turn profitable in the near future.

Mohamed El-Erian on the market: ‘We have lost our most important anchor’