His company Berkshire Hathaway bought 60.1 million shares for $4.12B in Taiwan Semiconductor Manufacturing Co (TSMC). The case is well known: as the world’s largest chip manufacturer, the company has a major technological superiority and an unmatched scale, which results in margins and returns without capital superior to all its competitors.

It is operating in a sector that is ubiquitous.Today, semiconductors are used all around us, whether in PCs, smartphones, cars, data center servers (Cloud), game consoles, or medical machines. However, the process of manufacturing electronic chips, which include semiconductors, involves many steps. It takes years of experience and research in this sector to develop, design, produce, market and service a single range of electronic chips. The process of building a semiconductor plant is also extremely expensive in terms of capital, time and complexity. Building a plant costs between $10 and $15 billion. Not to mention the need for highly specialized workers trained to handle the toxic chemicals used in the semiconductor manufacturing process.

So, you get it, one of the main problems of this market is its immense complexity in the production chain. Not all groups have foundries (semiconductor manufacturing plants), because of the colossal investment costs that they generate. TSMC has this capacity. Its latest plant, capable of manufacturing 3nm semiconductors and completed in 2020, cost $19.5 billion. So even the US giant Intel, is outsourcing some of its production to TSMC.

You can read more about the semiconductor industry in this article we wrote a few weeks ago.

This is why TSMC has the famous “moat” – that Warren Buffett is always looking for.  A sustainable competitive advantage built up over the decades with hundreds of billions of dollars invested in R&D and colossal production capacities, with an infrastructure that is almost impossible to reproduce.

However, Buffett prefers moats linked to intangible assets, mainly brands so popular with consumers that they command unparalleled pricing power: for example Apple, Coca-Cola, the Washington Post or Gillette. Berkshire’s position in the iPhone maker still represents 40% of its portfolio of listed holdings. Could it be that Warren’s decision to invest in TSMC echoed an insight obtained by at Apple?

Yet Apple is a long-time customer of TSMC, but recently announced that it wants to emancipate itself from its dependence on the Taiwanese group, in line with the trend to relocate semiconductor production to North America.

Some have also been surprised by Warren’s investment in a semiconductor because he used to warn against moats linked to a technological advantage. He said it is very expensive to maintain – because one must constantly invest in R&D to keep it – and possibly exposed to an unforeseen revolution. We all remember what happened to Kodak… He also said he did not understand the sector’s operations or that he was not best equipped to value the businesses of many high-tech companies.

But to be fair, when he made those comments, Berkshire was not the same size, and could therefore afford to be much more selective.

Buffett now understands how important tech has become to the global economy. Along with Apple, his stock portfolio includes HP Inc and Snowflake. 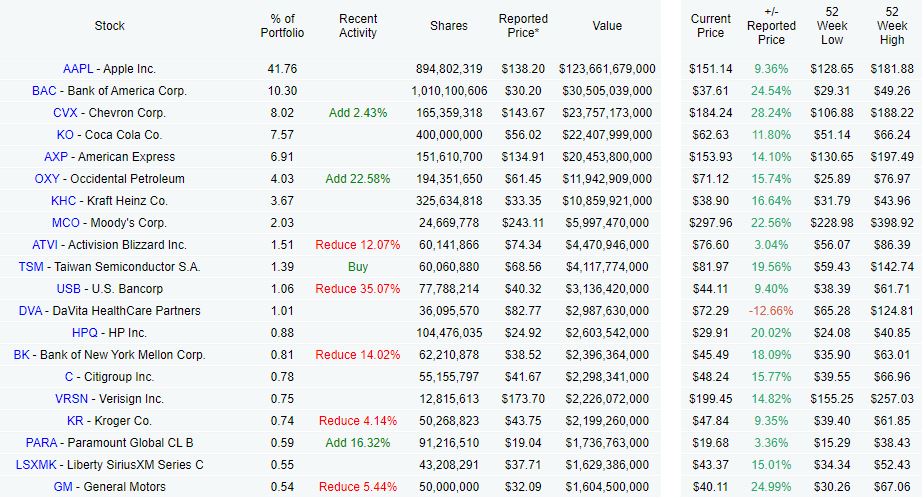 The investment in TSMC remains a contrarian bet in a climate of maximum geopolitical tension. Exactly one month ago, President Xi Jinping consolidated his power at the last CCP congress and reaffirmed his firm intention to bring the former Formosa back into the fold of Beijing.

On a P/E basis, TSMC has returned to a x10-x12 support multiple that it had occupied almost continuously between 2014 and 2016. Since the turn of the century, the multiple inflation between 2016 and 2021 – which peaked at x30 earnings – was an exceptional parenthesis… Is this the new normal or mean reversion for the semiconductor sector? The latter is certainly very fashionable these days, but historically it underperforms the index by a wide margin. 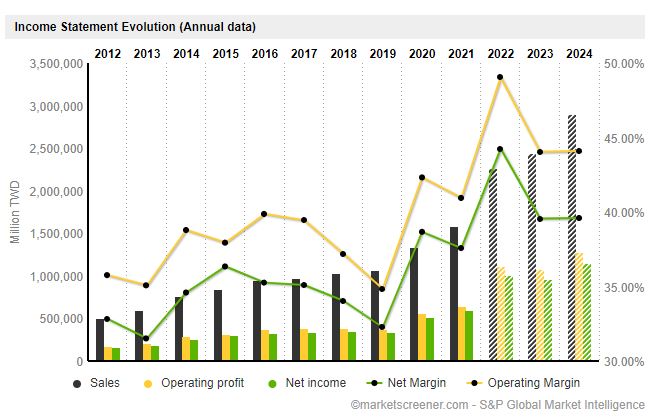 In the third quarter of 2022, the group’s revenue was up 29% from the year-ago quarter to $19.23 billion, beating analyst estimates. Smartphone revenue rose 25% sequentially to represent 41% of total revenue in the quarter. 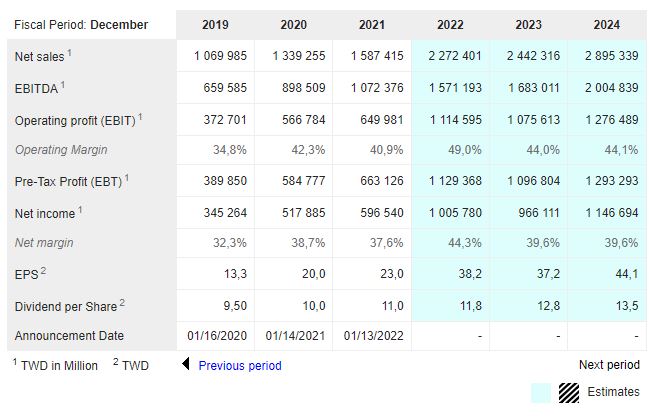 The company’s earnings per share stood at $1.79, which is $0.14 higher than analyst estimates. 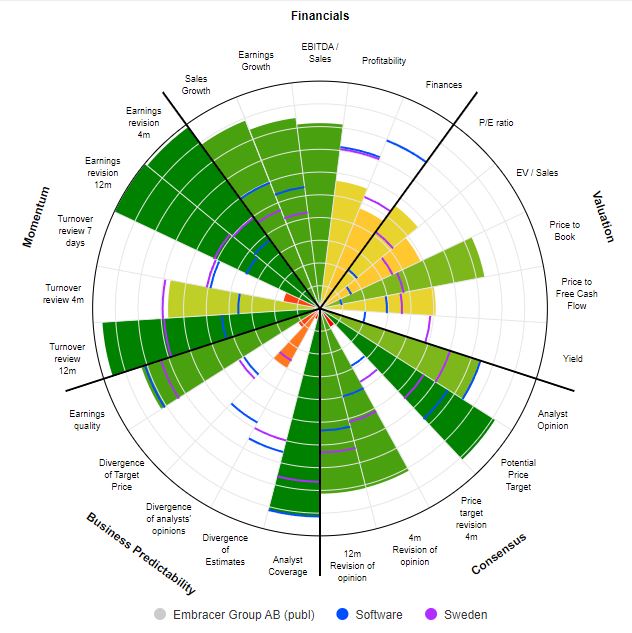 Louisiana-Pacific, back to basics

Berkshire Hathaway also just bought 5.8 million shares for $297M in Louisiana-Pacific. The case is more traditional, and a sort of return of Berkshire to its first love: LPX is a construction company specialized in wood and a notorious “share cannibal”, since the company has bought back half of its shares in four years!

The company was founded in 1972 and headquartered in Nashville, Tenn. It’s a leader in strand-based engineered wood siding and value-added oriented strand board for new residential construction and repair & remodel. It operates 22 mills in the U.S., Canada, Chile and Brazil and employs 4,100 people.

Again, this is a cyclical company that is going through a small downturn, due to a clear slowdown in construction with the rise in US interest rates and fears of an overheated real estate market since the pandemic. However, LPX has a good history of growth and profitability, as well as a good balance sheet.

In terms of value, we are talking about a market cap (equal to the EV) of $4.4B for a group that has generated $2.6B over the last decade, all of which has been returned to shareholders via share buybacks ($2.3B) and small dividends ($0.3B). But last year LPX generated $1.2B in FCF, so the current value is less than X4 the profits. 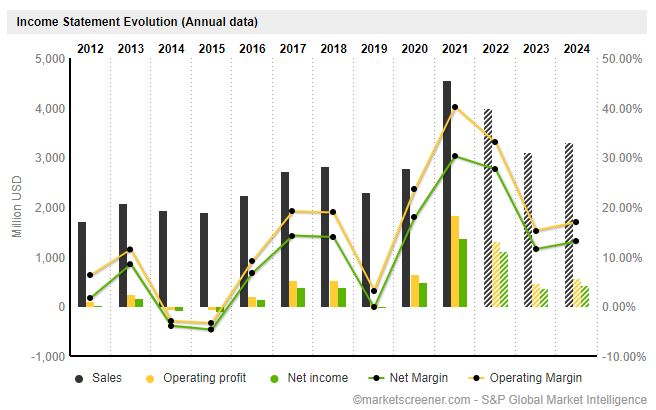 Is this the new normal or a mean reversion to be feared there too?

In any case, Berkshire Hathaway’s recent investment in Louisiana is business as usual, while TSMC is part of Buffett’s new strategy to invest in tech. It simply reflects the growing importance of this sector in our daily lives. Regarding semi-conductors, the industry saw sales soar by more than 20% to about $600 billion in 2021. McKinsey analysis suggests the industry’s aggregate annual growth could average from 6 to 8 percent a year up to 2030, so that it becomes a $1 trillion dollar industry by the end of the decade. This is assuming average price increases of about 2 percent a year and a return to balanced supply and demand after current volatility. But whatever the reason, let’s keep in mind that the investment in TSMC is a limited risk for Berkshire since $4.1B represents only a tiny fraction of the annual float (roughly $150B) from the conglomerate’s insurance business…

Read More: Why is Warren investing in TSMC?

Are company-wide vacations worth it? This Utah company says yes