Food stock Kraft Heinz (KHC -7.05%) had a tough day Thursday. Although it was an upbeat day for stocks generally, investors sold off Kraft Heinz to the point where it closed more than 6% lower. A recommendation downgrade from a veteran bank was the main reason for the dive.

UBS analyst Cody Ross got the ball rolling downhill Thursday morning, when he lowered his recommendation on Kraft Heinz stock to sell from the previous neutral. He also cut his price target, which now stands at $34 per share; it was previously $40. 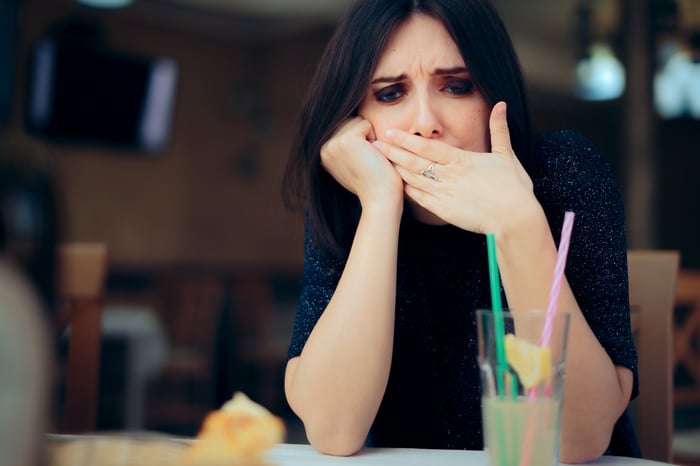 Ross’ adjustments come on the back of an industry trade-down analysis report published by UBS. In a new research note, he wrote that Kraft Heinz has to cope with relatively strong inflationary pressures over the next year. At the same time, the company has made cuts to its promotional activities, theoretically decreasing customer awareness of its goods.

Inflation is a worry throughout the economy, but it can be particularly acute to purveyors of low-margin products like the ones sold by Kraft Heinz.

As a new Kraft Heinz bear, Ross isn’t exactly a loner. On average, according to data compiled by Yahoo! Finance, analysts tracking the food stock expect the company’s full-year 2022 revenue to slide by nearly 2% year over year to $25.6 billion. They are collectively estimating that per-share earnings will erode more sharply — around 8% — to land at $2.69.

Those declines aren’t expected to be a trend. As a group, those analysts expect a slight rebound on both the top and bottom lines for 2023.

What Growth Companies Should Know About The Newly-Broken FTC Deadlock