The Dow Jones Is on Track to Do the Unthinkable


Since the great recession of 2008, the Dow Jones Industrial Average (Dow) has outperformed the Nasdaq Composite in just two of the last 13 years — in 2011 and in 2016. The Nasdaq’s outperformance has been so sizable that the index gained a staggering 892% between 2009 and the end of 2021 compared to just 314% for the Dow.

But as 2022 comes to a close, the Dow is on track to do something that hasn’t happened since the dot-com bubble burst of the year 2000 — beat the Nasdaq Composite by a margin of at least 20 percentage points.

Let’s discuss why the Dow is outperforming the Nasdaq by so much, why it matters, what it means for you, and the dangers of letting recency bias affect portfolio allocation. 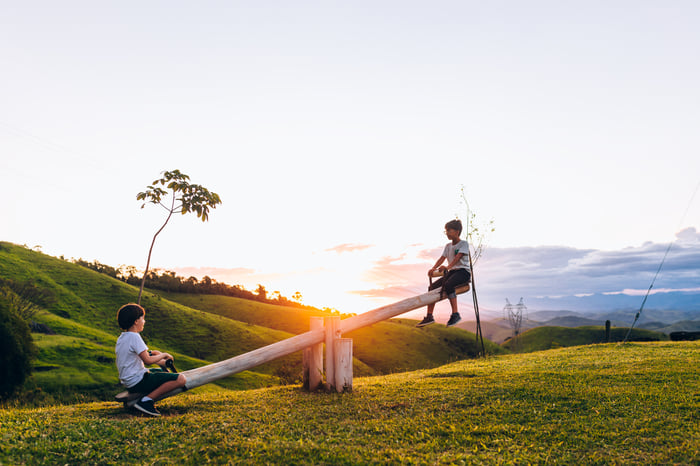 The year of the Dow

Since the dot-com bubble burst, the Nasdaq Composite has usually beaten the S&P 500 during raging bull markets, while the Dow has tended to beat both the S&P 500 and the Nasdaq during underperforming years. And for good reason.

The Dow is home to 30 blue chip stocks, all of which are dominant players in their respective industries. The Dow isn’t perfect. But most of its components have strong balance sheets. And many generate consistent profits that can support dividend raises, timely buybacks, and acquisitions when the market is weak. This makes the Dow stocks ideally suited for economic downturns. Because relative to the rest of the market, Dow stocks stand a better chance of leaning on their financial strength to outlast tough times and can even leverage their size to buy out competitors on the cheap.

However, the tradeoff with using excess free cash flow to pay dividends and maintain a strong balance sheet is that it hinders organic growth. When capital is cheap and the economy is strong, companies that are levered up with debt and are expanding quickly get rewarded. After all, a conservative stock with a decent dividend yield doesn’t look that attractive when Nasdaq components are doubling in value in a single year.

Lessons from the Dow’s outperformance

The last 22 years of market data have taught investors some valuable lessons about the role that growth stocks and blue chip dividend stocks can play in a diversified portfolio. The Dow may very well continue to underperform the Nasdaq over the long term. But Dow stocks also tend to hold up better during bear markets and are therefore ideally suited for risk-averse investors focused more on capital preservation than capital appreciation.

Looking at the table above, you can see that the Dow has made very impressive gains since the year 2000 while also suffering just two annual declines above 10% (in 2002 and 2008). This doesn’t necessarily mean that investors should consider a Dow exchange-traded fund. But it does illustrate the power of integrating established companies into your portfolio.

Taking a balanced approach to investing

The Dow’s outperformance so far in 2022 is a reminder that the market goes through cycles of expansion and contraction. Understanding the role that different companies play through different cycles can help you capture upside and compound gains over time while also decreasing your chances of suffering an irrevocable loss by being too heavily allocated in growth stocks.

Read More: The Dow Jones Is on Track to Do the Unthinkable

Should You Investigate Expedia Group, Inc. (NASDAQ:EXPE) At US$104?

How to Build a Shockproof Stream of Income

Robust U.S. jobs market adds to worry over how much higher interest rates need to go