The recent nervousness in equity markets spilled over on Tuesday with equity markets in the US moving sharply lower after European markets had finished for the day. The S&P 500 (SPY) finished 2.8% lower, the Dow Jones Index was down 2.4% but it was the tech sector that again fared the worst with the Nasdaq (QQQ) down 3.87% on the day. The small-cap Russell 2000 (IWM) also lost over 3%. Tech (XLK), Financials (XLF), and Communications (XLC) were the worst sectors with Energy (XLE) just about closing in the green +0.14%.

Volatility spiked again with the well followed VIX up above 30 and the less well know Nasdaq volatility index (VXN) spiking to a year high. 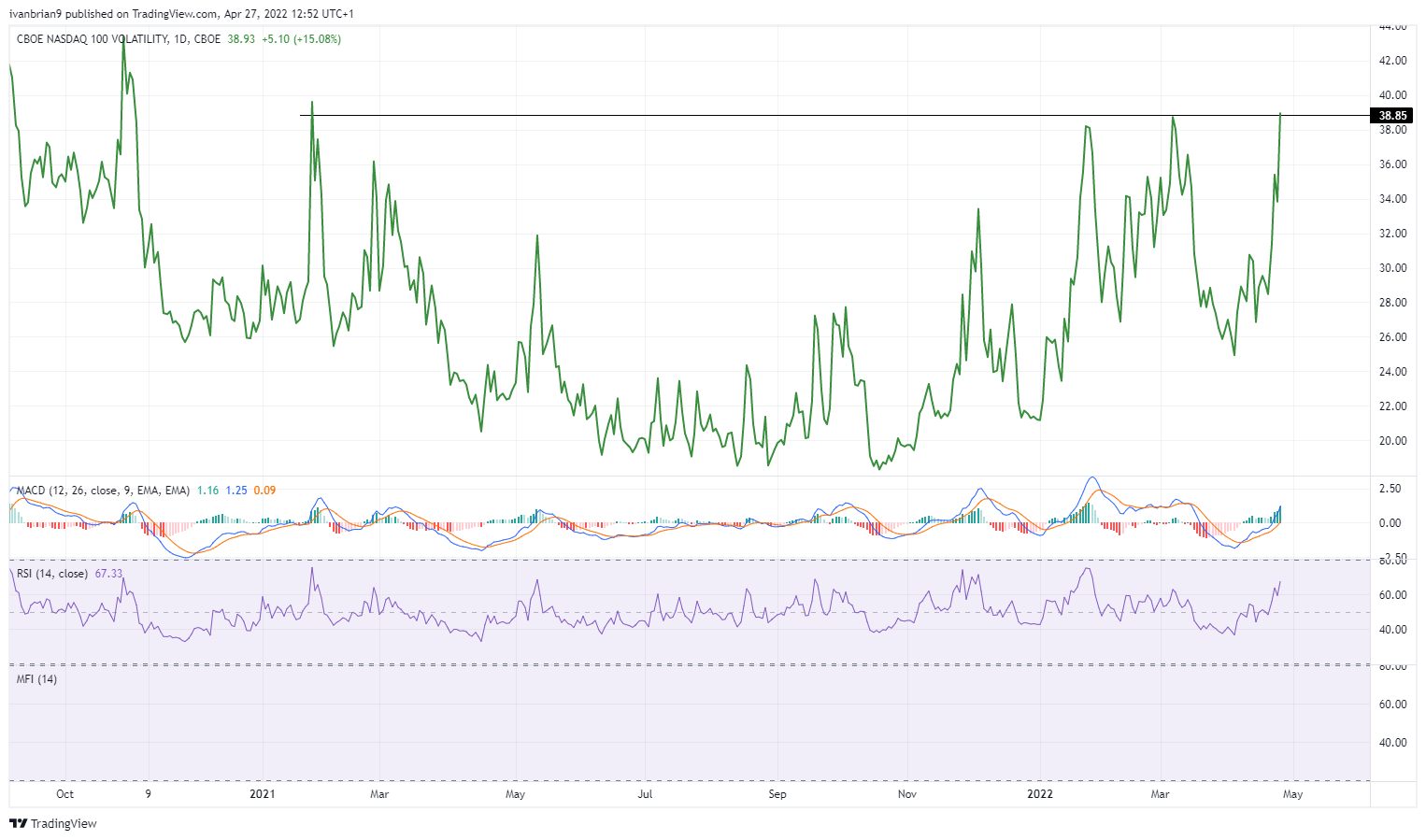 Things were holding up before Tuesday really got going with Pepsi (PEP) adding to strong earnings from rival Coke (KO). But geopolitical events took over as news of a conflict in Moldova stoked fears the Russia Ukraine crisis could spread. News later in the day that Russia was suspending gas supplies to Poland and Bulgaria also dented investor confidence. The final nail in the coffin came from Tesla (TSLA) which slumped 14% as concerns grew over the impact Elon Musks Twitter (TWTR) takeover would have on Tesla (TSLA). Elon Musk has reportedly pledged Tesla stock as collateral for loans to finance his acquisition of Twitter. After hours earnings from Microsoft (MSFT) and Google (GOOGL) painted conflicting pictures. Microsoft saw strong growth in its Azure cloud revenue while Google posted more somber earnings as advertising revenue fell. This has read across for Amazon (AMZN) the number 2 cloud provider behind Azure and Facebook (FB), also reliant on advertising. Facebook Meta Platforms reports earnings after the close tonight, Wednesday.

This is where things get really interesting. $415 is key support, the last time we set a powerful double bottom down here which st up the rally. Now can it hold again? If not the Ukraine low at $410 is the obvious target. If that goes it gives further confirmation that we are in a bear market with a lower low matching the lower highs. Earnings season this week is key. 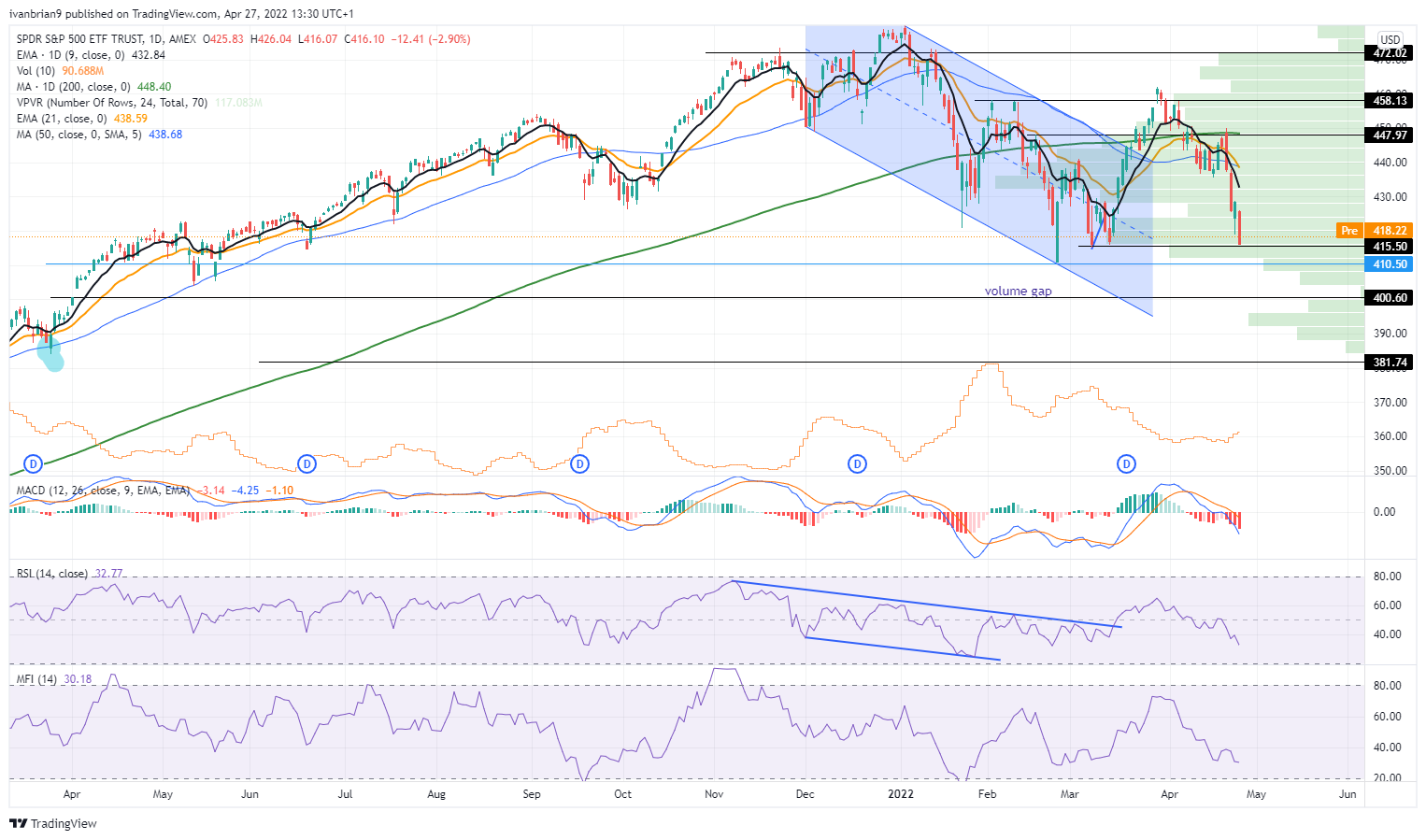