Russia’s Potanin dodges politics and sanctions to flourish By Reuters 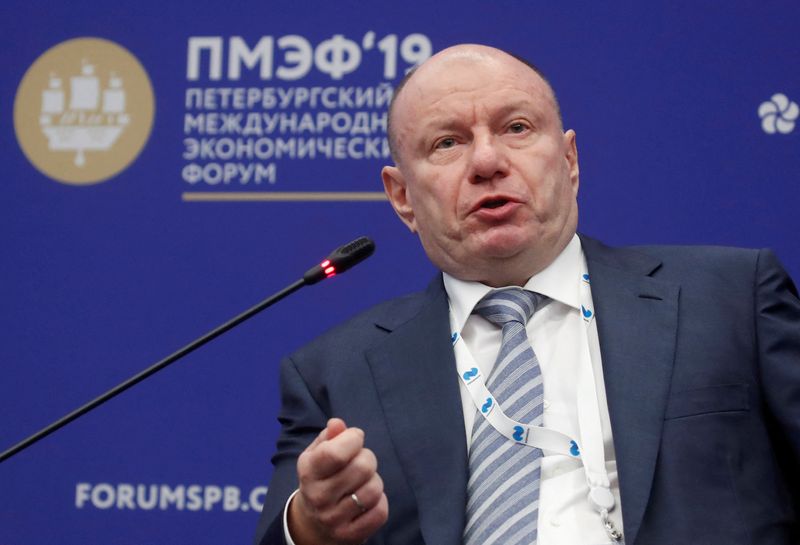 Unlike many of Russia’s notable oligarchs, he has not been sanctioned by the United States or the European Union for his closeness to President Vladimir Putin.

And as Western companies quit Russia because of those sanctions, imposed as retaliation for Moscow’s invasion of Ukraine, he has snapped up assets to expand his own banking business.

Last week, he bought 35% of TCS Group Holding, owner of Russia’s leading online bank, from its founder Oleg Tinkov, who had bitterly criticised the war after TCS’s share price plunged.

Three weeks before that, the head of mining giant Nornickel bought back Rosbank from Societe Generale (OTC:), to whom he had sold it more than a decade earlier.

That deal could further Potanin’s fintech ambitions. Rosbank is the banking partner of Atomyze, a blockchain platform in which Interros and Nornickel’s Global Palladium Fund are investors.

Global Palladium Fund is one of the first commodity firms to make such a move into digital transactions, and Atomyze is the first Russian firm authorised to exchange digital assets by the government, which is trying to promote a new sector despite objections by the central bank.

Potanin is one of Russia’s richest people, although his net worth depends largely on the value of his 36% stake in Nornickel, the world’s largest producer of palladium and refined nickel – currently around $17 billion.

Like all successful Russian oligarchs, he has taken care to stay in Putin’s good books, for instance by meekly paying a $2 billion fine after Nornickel angered the president by causing Russia’s biggest Arctic oil spill two years ago.

Potanin’s standing will also have been burnished by his decision last December to move his offshore company Interros Capital from Cyprus back to the Russky Island economic zone in Russia’s far east.

But Potanin also depends on the minority investors, many of them Western, who own around 37% of Nornickel’s shares, and who might take fright if it, like many other Russian firms outside the energy sector, were placed under international sanctions or badly affected by them.

So far, Potanin and his companies have been spared by all countries except Canada and Australia, although the art lover has voluntarily quit his position as a trustee of New York’s Guggenheim Museum, where he had been a major benefactor.

Western governments have not said why Nornickel has been left out, but the explanation may lie in its importance to a global economy under acute stress from soaring energy costs, rising interest rates and post-pandemic supply chain problems.

Memories are still fresh of April 2018, when the price of aluminium jumped by a third after the United States imposed sanctions on Rusal, the world’s largest aluminium producer outside China, owned by Potanin’s sometime rival Deripaska.

Washington dropped the sanctions against Rusal nine months later, after Deripaska agreed to give up control of the firm.

Like Rusal, Nornickel also has an outsize influence on the market for industrial metals. In 2021, it was the world’s top producer of refined nickel, used to make stainless steel and important for electric vehicle batteries.

It extracted 7% of the nickel that was mined around the world, 10% of the platinum and a staggering 40% of the palladium, crucial for car exhausts.

“The West is so stupid and so cynical at the same time,” said one sanctioned oligarch, who spoke on condition of anonymity.

“You sanction me but then you leave off Potanin. Why? Because you want his metals.”

Debt ceiling 2023: What we can learn from past showdowns like the one in 2011