Dog-inspired meme tokens had a generally good day Wednesday. But Shiba Inu (CRYPTO:SHIB) significantly outperformed other large-cap meme tokens such as Dogecoin (CRYPTO:DOGE). As of 3:50 p.m. ET, Shiba Inu was up by 13.8% over the prior 24 hours, while Dogecoin’s gains amounted to 4.9%.

To be sure, both tokens outperformed the broader crypto market, which rose by 3.5% over the same time frame. Broadly speaking, risk assets climbed Wednesday as investors took a sigh of relief following the Labor Department’s December consumer price index report. Inflation by that measure came in at 7% year over year, meeting the market’s expectations and avoiding the “what if” discussion analysts had been preparing for had it been higher.

In addition to the macro-economic news, Shiba Inu got a big jolt from rumors that Robinhood (NASDAQ:HOOD) could list the token as early as February. A tweet from BreakingCrypto Wednesday morning triggered a wild spike in SHIB’s price.

Any major listing on a widely adopted exchange is big news for the token in question. In the months following such events, most tokens take off. Accordingly, investors looking to get in front of this catalyst appeared to be buying Shiba Inu heavily. 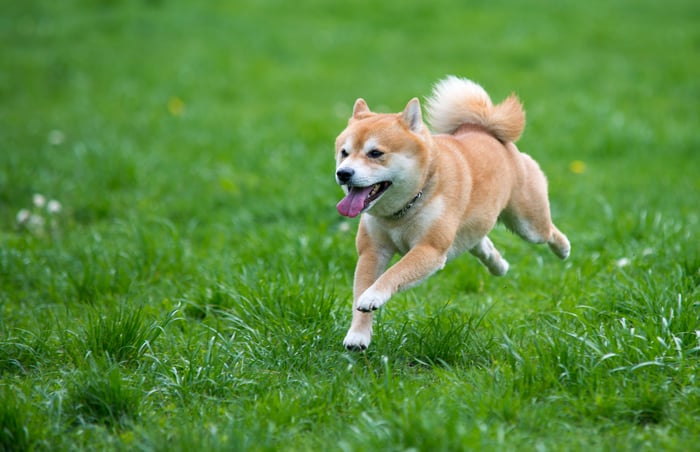 Rumors that Robinhood will list Shiba Inu aren’t new — they were influencing its price notably about a month ago. The token is highly traded, and exchanges that profit from trading volumes have an incentive to add the “hot” cryptos of the moment.

Previously, Robinhood had denied that its retail-friendly trading platform would be accepting Shiba Inu anytime soon. However, that didn’t prevent the resurfacing of these rumors from boosting the price this time.

It remains to be seen whether this latest iteration of the rumor will pan out, or whether it might have been just another smoke-and-mirrors attempt to get Shiba Inu’s price to jump in the near term.

What’s clear is that momentum in the meme-token fringe of the crypto market has ebbed considerably. Investors looking to take profits and de-risk their portfolios appear to have more defensive assets in mind. Accordingly, many question how much persistence Wednesday’s surge for Shiba Inu will have.

That said, given the track record of this meme token, anything’s possible. Perhaps this is the start of another big rally. Time will tell.