RIDE Stock: There’s Nothing to Like About Lordstown Stock These Days 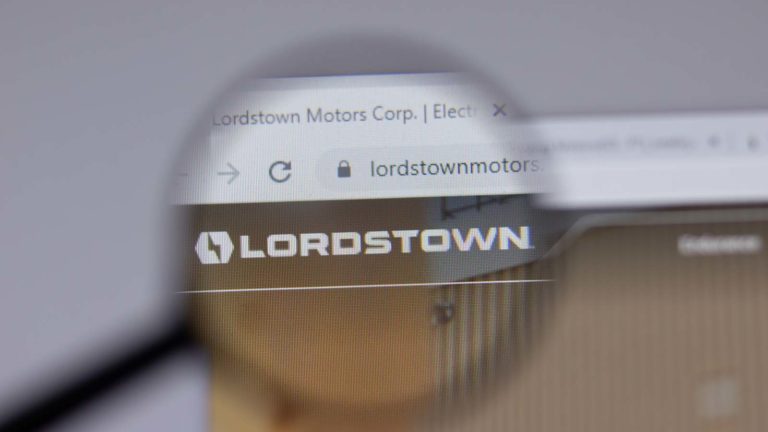 Lordstown on Monday announced that it’s pushing back its deal to sell its Ohio factory to Hon Hai Precision Industry Co (OTCMKTS:HNHPF), which operates as Foxconn. The deal was supposed to close by April 14, but the extension gives the parties until May 14 to complete the $230 million deal.

Foxconn already made $200 million in down payments toward the purchase, but the companies are still working on co-manufacturing and co-development agreements as part of the transaction, Lordstown says in a statement.

If the deal doesn’t close by May 14, then Lordstown will have to give Foxconn its money back. That announcement was made April 29. Since then, RIDE stock is down nearly 8%.

It seems as if Wall Street is hedging its bets that the Foxconn deal will go through at all.

It’s really just another nail in the coffin for RIDE stock, which showed so much promise when it finalized its deal to go public with a special purpose acquisition company, DiamondPeak Holdings Corp. At one point, you could buy RIDE stock for more than $27 a share.

The electric vehicle company unveiled a pickup truck prototype and was being talked about as a potential challenger to Tesla (NASDAQ:TSLA).

But then federal regulators stepped in and began questioning SPAC deals in general. And specific to Lordstown, regulators wanted to know if the company deliberately overstated its claims about truck orders.

By February, RIDE stock was in free-fall and now trades in penny stock territory.

Lordstown says it still plans to begin production of its Endurance truck this year, and says it plans to deliver 500 units in 2022 and 2,500 units in 2023. But General Motors (NYSE:GM), and early investor in RIDE stock, announced that its sold its 7.5 million shares of Lordstown stock.

I suppose it’s possible that Lordstown could find a way out of this mess. But it’s not looking good. Delivering a total of 3,000 trucks by the end of next year will barely move the needle toward the company turning a profit. And the idea of competing with Tesla seems to be just a folly at this point.

On the date of publication, Patrick Sanders had a  long position in TSLA. He did not have (either directly or indirectly) any other positions in the securities mentioned in this article. The opinions expressed in this article are those of the writer, subject to the InvestorPlace.com Publishing Guidelines.

Patrick Sanders is a freelance writer and editor in Maryland, and from 2015 to 2019 was head of the investment advice section at U.S. News & World Report. Follow him on Twitter at @1patricksanders.


Read More: RIDE Stock: There’s Nothing to Like About Lordstown Stock These Days

Stock markets are having their worst day in months as rate hikes, high inflation rattle