Shares of little-known children’s clothing company Kidpik (NASDAQ:PIK) were up more than 20% this morning as the company garners interest from a prominent market influencer. 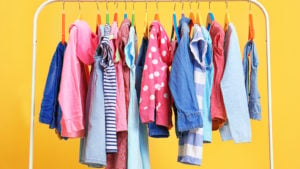 Today’s move follows a 27% gain yesterday for PIK stock, which closed the trading session at $6.05. The big jump higher comes as Kidpik draws interest on social media channels such as Twitter, notably from popular stock influencer Zack Morris. Kidpik hasn’t released any news that would move the share price. Prior to the latest increases, shares had fallen nearly 30% since their November IPO.

With that in mind, here are five things investors should know about Kidpik as its stock grabs the spotlight.

On the date of publication, Joel Baglole did not have (either directly or indirectly) any positions in the securities mentioned in this article. The opinions expressed in this article are those of the writer, subject to the InvestorPlace.com Publishing Guidelines.

Beachbody, Athira Pharma And This Penny Stock Insiders Are Aggressively Buying By…

EXCLUSIVE: Top 10 Searched Tickers On Benzinga Pro In November 2022: Where Do Tesla,…