Any way you look at it. 2022 has been a lousy year for investors who started the year with a lot of innovative tech stocks in their portfolios. The Nasdaq Composite index, which is loaded with innovative tech companies has dropped about 28.2% this year.

The important thing to remember at times like these is that every bear market in history has been wiped away by recovery periods that tend to last a long time. The next long recovery period might not begin for another year or it could be upon us already. Either way, investors who buy up shares of these unstoppable growth stocks have a very good chance to come out way ahead over the long run. 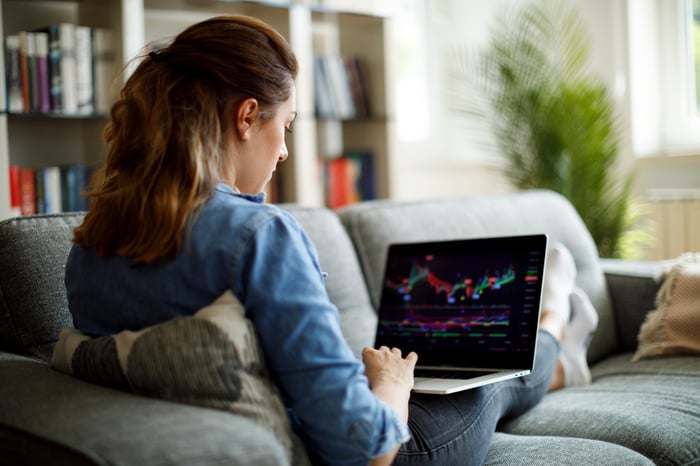 Shares of Shockwave Medical (SWAV 0.08%) soared earlier this year on the back of strong earnings results. This niche medical device maker’s business is still beating expectations but the stock is down around 15% from the peak it reached in August.

Shockwave develops, manufactures, and markets the world’s only intravenous lithotripsy (IVL) devices. These are narrow catheters that surgeons slide into blocked blood vessels rendered stiff with calcium deposits. Shockwave’s IVL devices fire sonic waves that break up those deposits before an angioplasty balloon stretches the blocked vessel from the inside out.

Earlier this year, Shockwave showed the medical community clinical evidence that says using its devices leads to significantly fewer complications and improved long-term outcomes. This looks like an unstoppable stock because IVL is quickly becoming standard practice when surgeons want to reopen blocked arteries made stiff with calcium.

PubMatic (PUBM 0.52%) operates a sell-side platform for publishers and mobile app developers who want top dollar for their content. The stock soared following its stock market debut in 2021 but it’s fallen about 55% this year.

Pubmatic’s stock price has been under pressure this year partly due to fear of a looming recession that may or may not happen. Advertisers have already started limiting their budgets which caused Facebook’s parent company, Meta Platforms to report contracting revenue in the second and third quarters of this year.

PubMatic looks like an unstoppable stock because its independent platform is clearly gaining market share. While Meta Platforms was losing ground in the third quarter, PubMatic reported total revenue that rose 11% year over year.

In the increasingly important connected television (CTV) category, PubMatic reported third-quarter revenue that soared more than 150% year over year. With big brand advertisers eager to divert their ad dollars away from social media feeds and toward premium television inventory, Pubmatic’s already strong position in the CTV space could drive a lot of growth in 2023 and beyond.

CrowdStrike Holdings (CRWD -0.60%) runs a cloud-native cybersecurity business. It specializes in protecting entry points like employee laptops and mobile devices. This was an extremely popular business to be in during the early days of the COVID-19 pandemic but the stock has fallen around 52% from its peak last year.

CrowdStrike’s artificial intelligence-fueled platform has a strong lead that makes the stock seem unstoppable. Every day, it processes over 1 trillion events, and the lessons it learns from one attack immediately benefit all of its end users.

CrowdStrike’s bottom line is rising fast, but investors should know that its stock has a lot of growth already priced in. The shares currently trade at around 89 times forward earnings expectations. A strong network effect gives CrowdStrike a good chance to overcome this steep valuation, but investors should understand that any signs of stagnation over the next several years could lead to serious losses. This stock looks like a buy now, but only as a small part of a well-diversified portfolio.