The stock markets in the U.S. have been selling off recently. The Federal Reserve has started removing accommodative monetary policy and is signaling that it considers inflation levels concerning. Additionally, geopolitical risks are rising as Russia’s invasion of Ukraine raises alarms.

The combination is rattling investors, causing them to sell stocks and seek security in safer assets. This is precisely the environment in which I like to go shopping for risk assets — when there is fear in the market. I have my eyes on Pinterest ( PINS 3.99% ) and Airbnb ( ABNB -2.00% ). Here’s a closer look at why I like each. 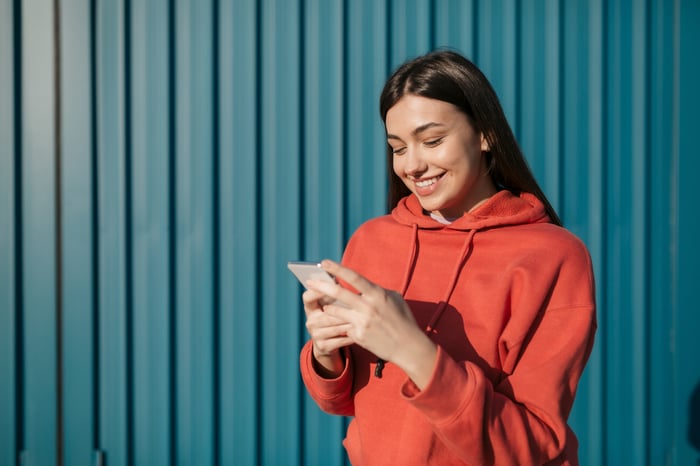 While the broad markets are experiencing a sell-off, Pinterest is going through much worse. Shares of the image-based social media site are down 71% in the past year. The company thrived at the pandemic’s onset when millions of people were spending more time at home, and it’s now seeing that turn into a headwind as economies reopen.

Even after shedding 45 million monthly active users (MAU) over the previous three quarters, Pinterest boasts 431 million MAU. That’s nearly 100 million more than it had at the end of the fourth quarter of 2019, before the outbreak. It has been a dramatic rise and fall indeed, but it is still far ahead of pre-pandemic levels.

Pinterest is free to join and use. The company makes money by showing advertisements. The global advertising industry generated $763 billion in revenue in 2021, 22.5% higher than in 2020. In 2021, Pinterest’s revenue was $2.6 billion. There is room for the company to take a larger share of this growing industry.

Meanwhile, the sell-off has Pinterest trading at a forward price-to-earnings ratio of 22 and a price-to-free cash flow multiple of 21 — bargains for a company that grew revenue by 52% in 2021 and earnings per share by 309%. Previously, I had been waiting for Pinterest’s losses in MAU to reverse before considering a purchase. However, if the selling persists, I may add a position in Pinterest sooner.

Airbnb, the online marketplace for vacation rentals, is a stock I started a position in roughly a month ago during a sell-off — and I like it even more now. Since then, Airbnb reported quarterly earnings results that showed continued momentum in the business.

Net income rose to $55 million in Q4, up from a loss of $352 million in the same quarter in 2019. Revenue increased to $1.5 billion, up 38% from the same quarter in 2019. That was encouraging in the face of surging coronavirus cases caused by the omicron variant. The stock surged following the earnings announcement but has fallen as part of the broad market sell-off in recent weeks.

That creates an opportunity for me to add to the position I started at roughly the same price despite evidence of improved performance. Airbnb’s addressing a market opportunity of close to $1.5 trillion. Consumers have shown a preference for its service, and it is steadily gaining market share.

Since Airbnb does not need to make significant capital investments to grow its capacity, it can quickly adapt to market conditions, unconstrained by capital needs. Trading at a price-to-free cash flow ratio of 44, near the lowest it has sold for in the last year. If Airbnb keeps falling amid the sell-off, I may find myself owning more than I already do.

The offshore pipeline market is estimated to grow from USD 14.8 billion in 2022 to…

Centre Market puts the “chase” in “purchase” with scavenger…

What Warren Buffett Can Teach Us About Handling Bear Markets