Is AIAD Stock the Next DWAC? What to Know as Brad Parscale Boosts the Penny Stock.


In a fascinating turn of events today, “Trump trades” may have a new member. Brad Parscale is primarily known for his work on the media side of former President Donald Trump’s campaigns. This afternoon, though, he tweeted an unexpected endorsement for an AI stock. AiAdvertising (OTCMKTS:AIAD) was a virtually unknown micro-cap company until this afternoon, but apparently, it has some big supporters. The endorsement from Parscale has sent AIAD stock shooting up to very high levels as investors are left with questions. 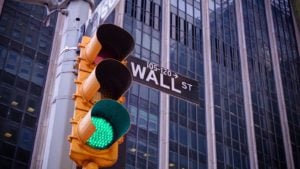 Boom! 💥 The new @Go_AiAd platform has finally automated the full stack of technologies used in the 2016 election that changed the world. Watch the customers stack up now it is full AI based. So much more to come… https://t.co/YSC14K4rBj

The tweet hasn’t received much engagement yet, but AIAD stock still spiked. Shares closed higher by 50%, pushing their gains for the past five days to nearly 60%.

This has been a good afternoon for other Trump trades, too. Phunware (NASDAQ:PHUN) closed up more than 12%. Digital World Acquisition (NASDAQ:DWAC) is continuing its growth trend, gaining almost 22% on the day.

AIAD’s gains are impressive, but they raise some questions. Specifically, why was this stock on the radar of a Trump insider?

What exactly does this company do? According to its website, it offers clients a “comprehensive AI advertising platform [that] empowers marketers to predict effective outcomes, eliminate guesswork, and maximize campaign performance while growing revenue.”

As it turns out, though, AiAdvertising changed its name from CloudCommerce early last year. Parscale has served on its board of directors. Quartz reports that in 2020, CloudCommerce bought the rights to the data on 80 million religious people in the U.S. The data included details on their “demographic, psychographic and sociographic, information.” A few months later, Mother Jones reported that Parscale was the company’s largest shareholder. A detailed Reddit post lays out the history of AIAD stock and its ties to Trump through Parscale.

As Parscale retweeted, the company is celebrating its newest client. This company, O’Neill Marketing, is also relatively little known. According to Parscale’s tweet, though, AiAdvertising has succeeded in fully automating the “full stack of technologies used in the 2016 election.”

We all know that any ties to the former president can send a stock soaring. The rise of DWAC stock breathed new life into the SPAC boom. If the momentum behind AIAD stock continues, it could be a 2022 star, particularly if there is indeed “more to come” as Parscale says.

However, its history is clearly questionable. Much remains to be seen regarding how investors will react to the rise of AIAD, particularly given its over-the-counter status and market capitalization below $28 million. This will be a stock worth watching, but investors should proceed with caution for now.

On the date of publication, Samuel O’Brient did not have (either directly or indirectly) any positions in the securities mentioned in this article. The opinions expressed in this article are those of the writer, subject to the InvestorPlace.com Publishing Guidelines.


Read More: Is AIAD Stock the Next DWAC? What to Know as Brad Parscale Boosts the Penny Stock.

Buying Monday’s dip was right even if stocks retest lows