How Roku’s Strategy Could Pay Off for Investors


Roku (ROKU -4.45%) investors breathed a collective sigh of relief last week when the company announced the mostly good news in its fiscal first-quarter earnings results. Sure, sales growth has slowed in recent months. But the streaming video platform is still attracting new users at a solid pace.

And, in another encouraging contrast with Netflix (NFLX -4.98%), Roku is seeing high demand from advertisers that are eager to use its platform for marketing.

Management said in a conference call with investors that these wins demonstrate that Roku’s platform is ideally situated “at the center of TV streaming.” Let’s look at a few factors they highlighted in that call, and how they might spell higher returns for shareholders. 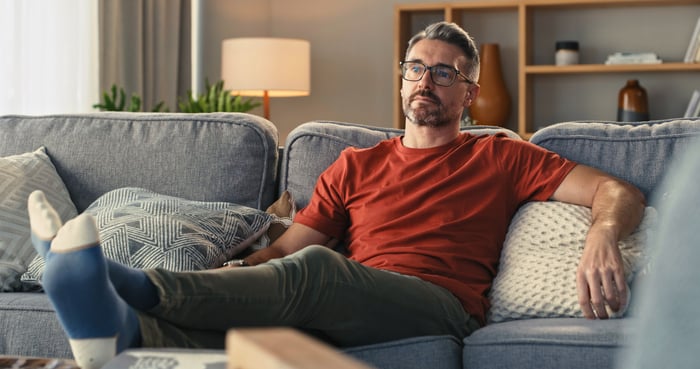 The power of options

Roku’s results showed the power of its platform-centric, advertising-supported business model. In contrast with Netflix, which recently failed to grow in the core U.S. market, Roku attracted more streaming users, more content from its partners, and more advertising business.

“The Roku platform has been built to operate at the center of TV streaming, meeting the needs of each participant in the ecosystem,” CEO Anthony Wood said. This strategy seemed to deliver better results than Netflix’s focused approach that connects TV fans with subscription, ad-free content.

It wasn’t all good news in this report, though. As Netflix noted earlier, there was a slowdown in smart-TV sales compared to a year ago, which pressured user growth. Roku also took a profitability hit as costs for its hardware spiked, without a matching price hike. “We chose to … insulate consumers from higher costs,” chief financial officer Steve Louden said.

Roku is more than just a platform that connects content owners to consumers. The company is marketing its own content, too.

Its proprietary channel cracked into the top five on its platform in terms of streaming engagement. Management credited a flood of high-quality content for that win, but also Roku’s “unique ability to promote” the channel, “as the platform owner.” That success gives the company more ways to capitalize on the shift toward streaming video over the next several years.

The stock’s poor performance so far in 2022 is mainly thanks to the weak short-term growth outlook. TV sales will be soft again in the fiscal second quarter, compared to booming results a year ago, management said. And Roku should see slower user growth, too, compared to earlier phases of the pandemic. At the same time, management is spending aggressively on the business, and on keeping prices low, so profitability is slumping. 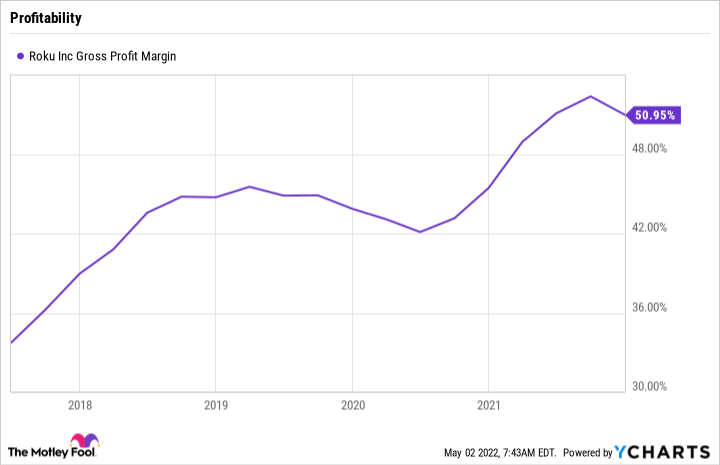 Investors should look beyond that temporary drop toward the huge market opportunity that Roku has over the next decade or two. Management estimates that just around 18% of TV advertising spending has moved to the streaming world, even though about half of all TV content is being streamed today.

Roku is confident that this advertising figure will eventually reach 100%, and it is doing everything it can to position itself to be a leader in that growth space.


Read More: How Roku’s Strategy Could Pay Off for Investors