Equity markets quickly turned on their heels on Monday and reversed course once Fed Chairman Powell took to the airwaves. A surprisingly hawkish tone saw yields spike and money markets add in an extra hike to the previously predicted seven hikes for 2022. Yields rose, and the yield curve is now within touching distance of inversion. As mentioned before, the yield curve has a 100% record of predicting US recessions for the past 50 years. Below is data from the Federal Reserve of St. Louis showing the yield curve below zero and the resulting US recessions in grey. Data is back to 1976. We can see now with the yield curve down to 17 basis points just how close it is to predicting an imminent US recession. We should also note research pointing out that the Fed hoped for a soft landing to control inflation rarely if ever pans out. Recessions are a surefire way to curtail inflation.

The one hope for equities as we approach the end of the quarter is just that, the end of the quarter. The rebalancing from bonds into equities at the quarter-end is predicted to be one of the largest on record and could help stem the tide now for equities. Also of note is the record level of corporate buybacks that will exit the blackout period shortly. News flow was moderately positive on Tuesday with Nike (NKE) reporting strong earnings. Tesla’s (TSLA) gigafactory in Berlin is set to open, and Alibaba (BABA) added a cool $10 billion to its buyback program.

$448 remains the short-term bullish objective with the harder task being at $458. Bulls remain in charge in the short term as evidenced by the 9-day moving average crossing above the 21-day. Now, however, comes a big test at the 200-day moving average, sitting on Tuesday at $446. Expect a slow, upward grind until the SPY gets above $448. The air is clearer up there for a move to test $458. We expect failure at $458 for at least the first two efforts and perhaps ultimately. 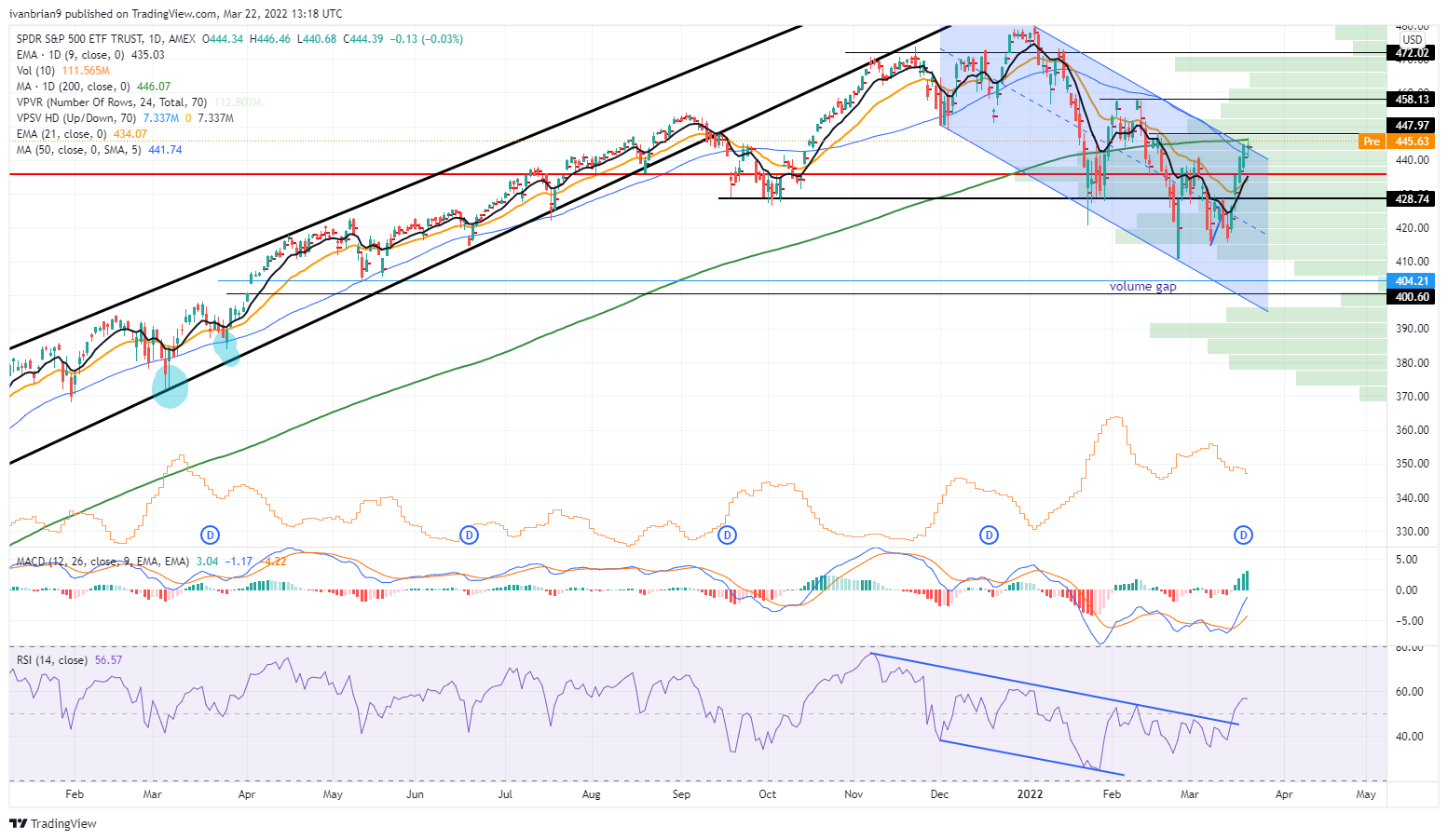