GOOGL, TSLA, SPY, QQQ: Why Did Stocks Go Up Today?


As the end of the trading week concludes, stocks are off to the weekend on a high note. Some of the stocks up include popular names like Alphabet (NASDAQ:GOOGL, NASDAQ:GOOG) and Tesla (NASDAQ:TSLA), both of which finished the day in the green. Further, the general market — reflected by the SPDR S&P 500 (NYSEARCA:SPY) exchange-traded fund (ETF) and the Invesco QQQ Trust (NASDAQ:QQQ) — also managed to close in the green. This price action has surprised investors as the Russia-Ukraine conflict rages on with no apparent end in sight. 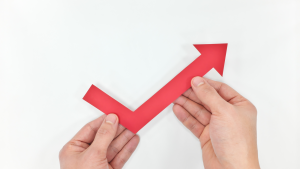 Russia officially attacked Ukraine nearly 48 hours ago on the evening of Feb. 23. Since then, market participants have been anxiously awaiting updates on the conflict. Yesterday, QQQ sank to as low as $318 before making an impressive 7% intraday recovery to $340. This can most likely be explained by investors having initially reacted to the news, or a “knee-jerk” reaction. As more details came in, investors may have realized the news wasn’t as bad for stocks as previously expected.

Why Did Stocks Go Up Today?

As of now, the stock market is in flux as investors await more updates from the conflict. However, Ryan Detrick of LPL Financial did publish a graphic yesterday detailing the subsequent returns of the S&P 500 after major geopolitical and historical events.

Here are 37 major geopolitcal and historical events since WWII.

If they do take place near a recession, down more than 11% a year later.

Sometimes it is that simple. pic.twitter.com/aDk3fRiBvY

During the fourth quarter, GDP improved from Q3 and, during Q3, GDP improved from Q2. So, according to Detrick’s data, history has shown that the market usually recovers favorably from events similar to the Russia-Ukraine conflict. On the other hand, if GDP starts to show signs of slowing, data suggests there may be rough times ahead.

What’s Next for the Stock Market?

All eyes and ears are now on President Joe Biden as investors await further responses to the attack. So far, Biden has issued Russian sanctions, freezing $1.4 trillion in assets and targeting several banks.

While Russia has not yet been outright banned from the Society for Worldwide Interbank Financial Telecommunication (SWIFT) payment system, a ban would have domino-effect implications. For example, U.S. institutions and others doing business with Russian institutions would be unable to easily send and receive money.

Right now, the only thing investors can do is wait and see what happens.

On the date of publication, Eddie Pan did not hold (either directly or indirectly) any positions in the securities mentioned in this article. The opinions expressed in this article are those of the writer, subject to the InvestorPlace.com Publishing Guidelines.

Nov 28, 2022
What happened Shares of Shopify (SHOP 3.30%) climbed on Monday after the e-commerce infrastructure provider…
Prev Next 1 of 206