Liu He, a vice-premier and President Xi Jinping’s closest economic adviser, said China “must support the platform economy, and sustain the healthy development of the private economy”.

He added that China should better “balance the relationship between the government and the market, and support digital companies to list on domestic and foreign exchanges”, according to state media.

Markets were closely tracking news of the meeting held by China’s top political consultative body in the hopes it could signal an end to Beijing’s regulatory crackdown on internet companies.

But in remarks aired by the state broadcaster on Tuesday evening, Liu made pledges similar to those made two months ago, when he first intervened to urge a quick conclusion of China’s tech crackdown and pledged to boost the ailing economy.

Shares of Chinese companies rallied, with Alibaba and Pinduoduo closing more than 6 per cent higher in New York.

Since Liu’s remarks in March, little public progress has been made on resolving the national security investigation into ride-hailing giant Didi Chuxing or the restructuring of Jack Ma’s fintech company Ant Group.

Didi’s apps have been stripped from online stores for almost 11 months. The company will next week hold a vote on delisting from the New York Stock Exchange, a step it said was necessary to wrap up the government probe while its Hong Kong IPO is on hold.

The Chinese People’s Political Consultative Conference routinely holds meetings with leaders in the private sector, religious and academic spheres who serve on the ceremonial body. Tuesday’s meeting focused on China’s digital economy, a reference to the tech sector.

Amid the economic downturn caused by Xi’s zero-Covid policy and regulatory tightening, China’s state media and leaders have used pledges of support for the economy to boost market confidence. 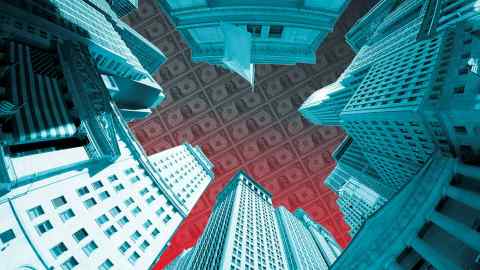 “It’s not accurate to say the crackdown is going to ‘end’, how can it end?” said an investment manager at a leading Chinese tech company, adding that Liu’s remarks served only to stabilise market expectations.

Larry Hu, chief China economist at Macquarie, said that “what’s more important is the meeting itself as a gesture, in order to boost the confidence among investors and corporate”.

Wang Yang, a member of the politburo standing committee, told the conference that the tech sector should study Xi’s words on the digital economy and balance the need for “development and security”.

Stocks to buy today: List of 20 stocks for profitable trade on May 18

Why Upstart Holdings and Global-e Online Soared on Tuesday