It looks like the SPDR S&P 500 ETF Trust (NYSE:SPY) could make a big move soon. It has reached an important level and when this happens, a new trend typically forms.

Traders consider support and resistance levels. They can profit when they can identify them.

Support is a large concentration of buyers who are looking to pay close to the same price. There’s more demand than supply at support levels.

Resistance is the opposite. It’s a large concentration of sellers who are looking to sell at or close to the same price. At resistance levels, there is more supply than demand.

$453 has been important for SPY. After reaching it in September, a large sell-off followed.

Now SPY has dropped back to this important level. There’s a good chance that a new uptrend may be forming. Time will tell whether it’s up or down.

To learn more about charts check out the new Benzinga Trading School. 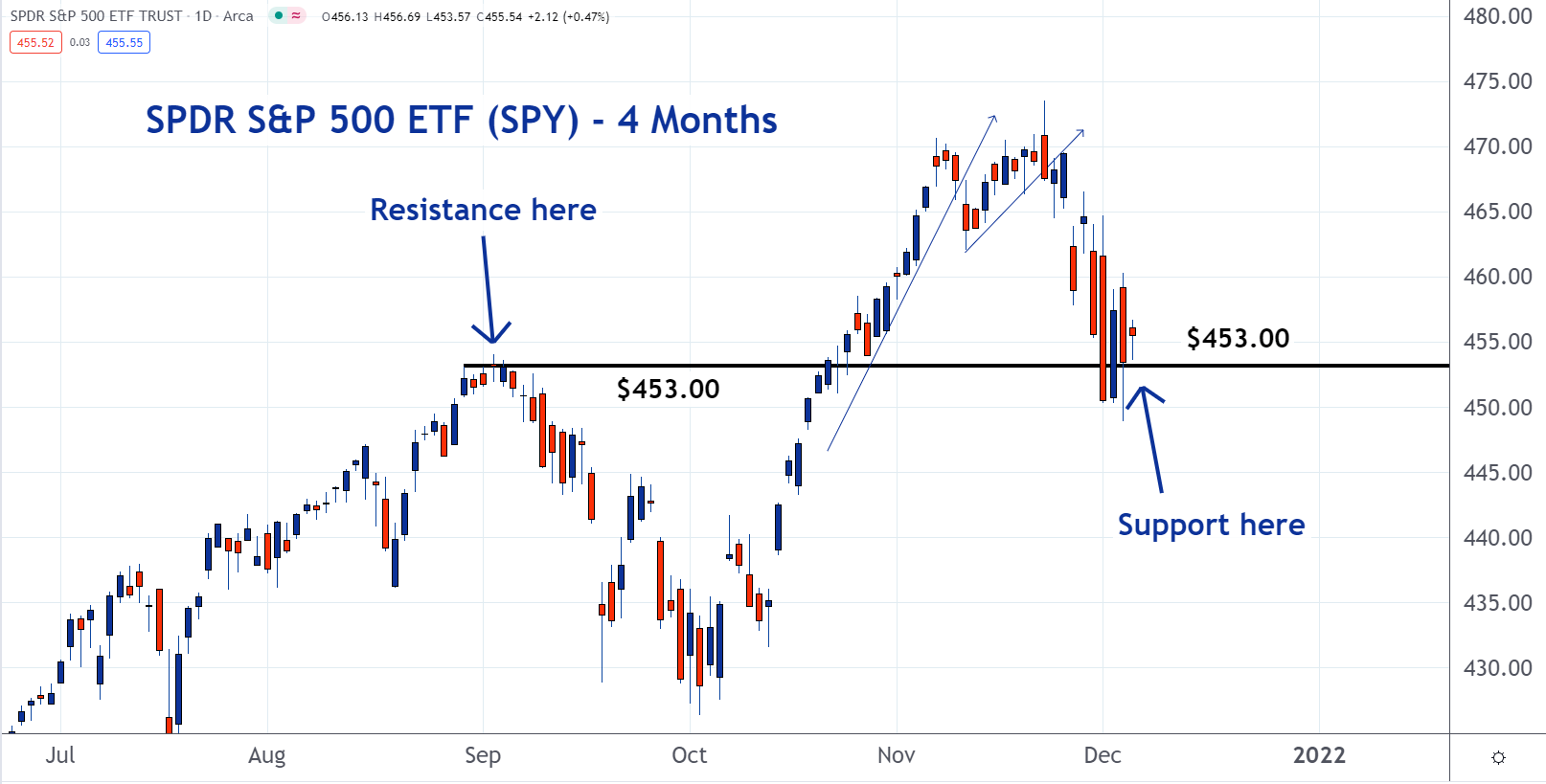