Buy the Dip: 3 Stocks to Buy Today and Hold for the Next 3 Years


When a stock’s price dips, it can be a good time to evaluate whether it makes sense to buy shares or avoid the stock altogether. After all, the shares have fallen for a reason, but some reasons are more relevant than others. That’s why it’s important to do your homework. If you’re a long-term investor with some confidence in the stock already, this could represent a buying opportunity.

Today, we are going to focus on three stocks that have seen their prices fall or significantly underperform the broader market — the S&P 500 is up 14.5% — over the last year. All three of these companies have strong prospects for outsized growth going forward and are worthy of consideration for those investors with at least a three-year holding period in mind. 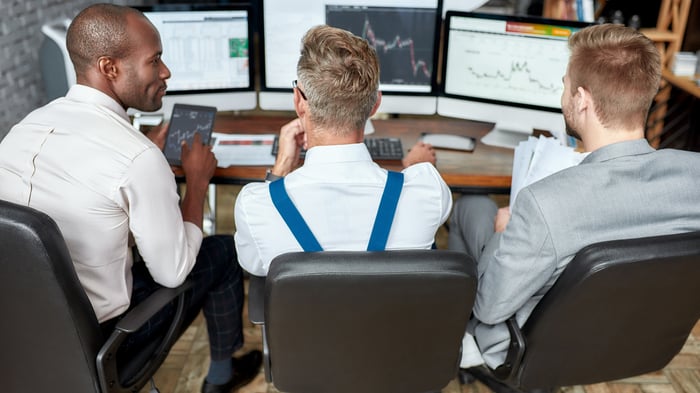 Nike‘s ( NKE 1.19% ) revenue growth has slowed this year. Its second-quarter fiscal 2022 revenue was flat after removing foreign currency translation effects. This was for the period that ended on Nov. 30.

However, this news comes during industrywide supply chain issues rather than specific issues relating to Nike. Its inventory rose by 7% to $6.5 billion as more goods were in transit due to the increased time required to get the goods. Reflecting the strong demand, gross margin expanded by 2.8 percentage points to 45.9% as Nike had lower markdowns and sold more items at full price. Nike, like others, is also facing higher costs. These headwinds could go some way to explaining why the stock is down 16.9% so far in 2022.

Still, despite this negative news, Nike’s net income grew by 7% in Q2 to $1.3 billion. There are also signs that management’s Consumer Direct Acceleration plan, which involves focusing on selling directly to consumers via digital and its own stores, is making progress. In the second quarter, direct sales grew by 8% to $4.7 billion.

Fortunately, that business also has a higher margin. The combination of still-popular products and its plan to sell directly to consumers will likely boost profitability as they continue to expand.

2. Walgreens Boots Alliance: Down 4.4% over the past year

In early January, Walgreens Boots Alliance ( WBA 2.05% ) reported solid fiscal first-quarter results for the period that ended on Nov. 30. Adjusted sales grew by 7.6% to $33.9 billion and adjusted operating income rose by 48.5% to $1.8 billion.

However, the stock price has dropped by 15% since the earnings release on Jan. 6. Although Q1 results beat consensus estimates, investors became concerned that much of the growth has been fueled by COVID-19 vaccines, which has also led to increased in-store purchases as customers browse the aisles.

There are reasons for optimism about Walgreens’ long-term picture, though. For starters, management raised its full-year outlook. It now expects a low-single-digit percentage increase in earnings per share (EPS) this year. Previously, management’s guidance called for flat EPS.

More importantly, the company continues investing to keep up with competitors like CVS Health. Already the largest pharmacy, in October Walgreens announced a healthcare strategy designed to improve outcomes and lower costs. This includes an additional investment in VillageMD, a partnership that will result in 1,000 primary care clinics, “Village Medical at Walgreens.” In 2020, it planned to open 500 to 700.

With Walgreens’ vast retail store network, the service will provide customers with the convenience of primary care physicians and pharmacists under one roof. This will likely counter competitive threats from online drug providers, particularly Amazon.

Investors were concerned about Walt Disney‘s ( DIS 0.09% ) subscriber growth for its Disney+ streaming service after the company reported fiscal fourth-quarter (ended Oct. 2, 2021) results in early November. Since then, the stock price has fallen by 15%.

During that quarter, Disney+ ended with 118.1 million paid subscribers, just 2.1 million higher than the previous quarter. This jump in subscribers was much smaller than past increases. Some attributed the slowdown in growth to the lack of a pandemic-related boost while others attributed it to a lack enough exciting new content to attract subscribers. There were also issues related to the Disney+ subscribers in India. Fast forward to the most recent quarter (which ended Jan. 1), and paid subscribers increased by more than 11 million to 129.8 million. With the service operating on all cylinders and the Disney+ issues in India resolved, first-quarter results impressed analysts and investors.


Read More: Buy the Dip: 3 Stocks to Buy Today and Hold for the Next 3 Years

These 3 Stocks Have Doubled in Less Than 1 Year — Can They Do It Again?

If You Invested $1,000 In Apple Stock When Tim Cook Became CEO, Here’s How Much…

Why Investors Were High on These 2 Marijuana Stocks Today