US equity indices closed relatively well on Monday as investors hoped for some positive news from the Ukraine-Russia talks that took place at the Ukrainian-Belarus border. While the talks did break up without any significant resolution, the two parties did at least hold the door open for further talks. News sources reported that further talks were scheduled for this week, and that led investors to close some short positions. While the narrative remains bearish investors are nervous about a relief rally in the event of a resolution to the conflict. This may reduce volatility and stall declines for the next few days. However, reports of increasing conflict and a massive Russianh convoy headed to Kyiv will likely keep bears in control for now.

Oil prices remain on high alert as do gas prices in Europe. European stock markets remain the most affected with Germany’s Dax the big loser so far among the major indices. Austrian and Italian banks with high exposure to Russian counterparts also helped European equities drop lower on Monday and again on Tuesday. Raiffeisen Bank is generally regarded as having the highest exposure to Russia and has seen its share price decline by over 50% (see chart below). 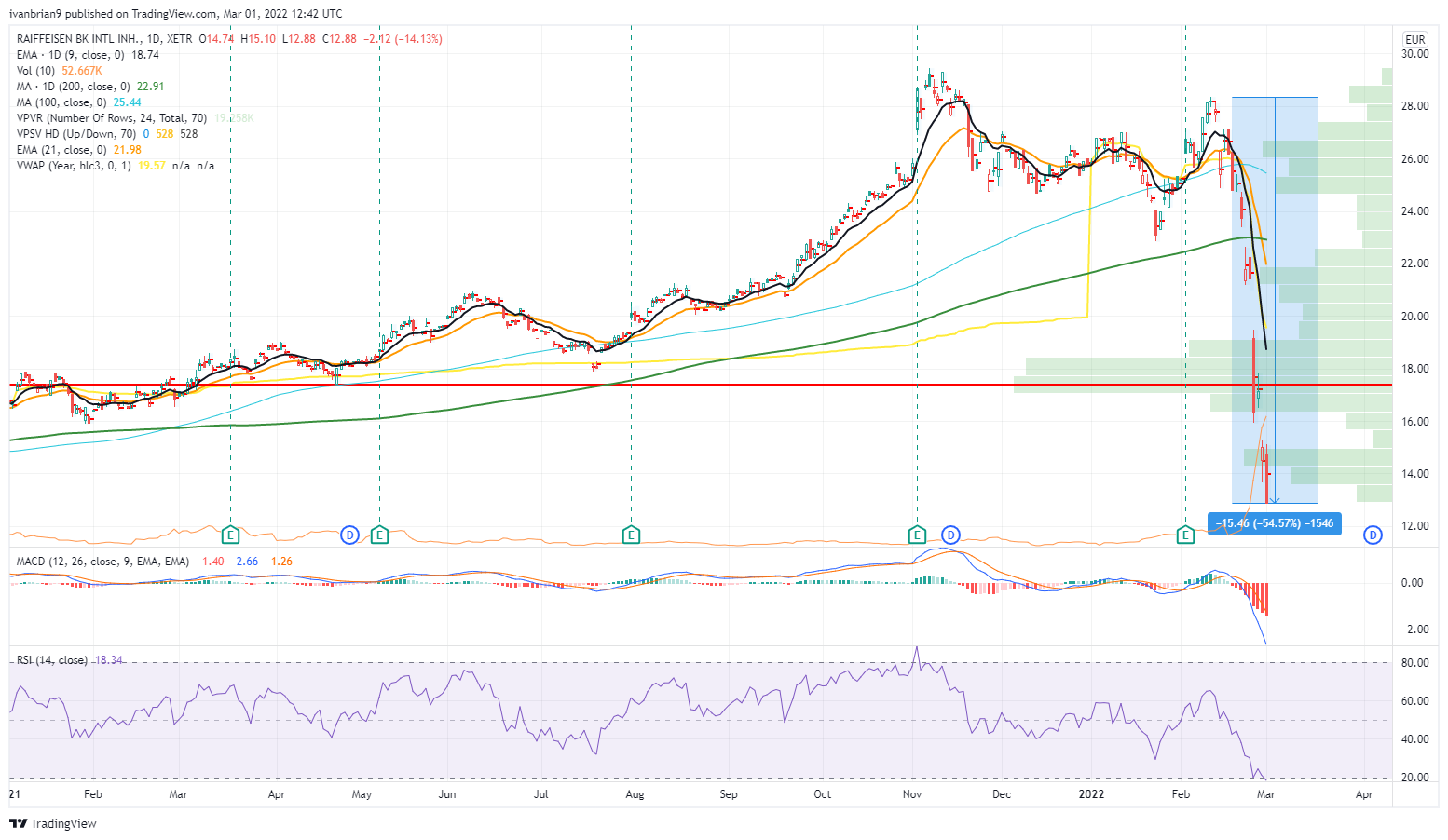 The only bright spot for equities is the continued repricing of central bank interest rate hikes with yields falling further on Monday and again on Tuesday. This is not a positive overall despite some commentators noting it. Rather it is an increasing viewpoint of the bond market that recession and indeed stagflation are now more likely than ever. The German 10-year yield is back in negative territory this morning and is down a whopping 13 basis points or over 100%. 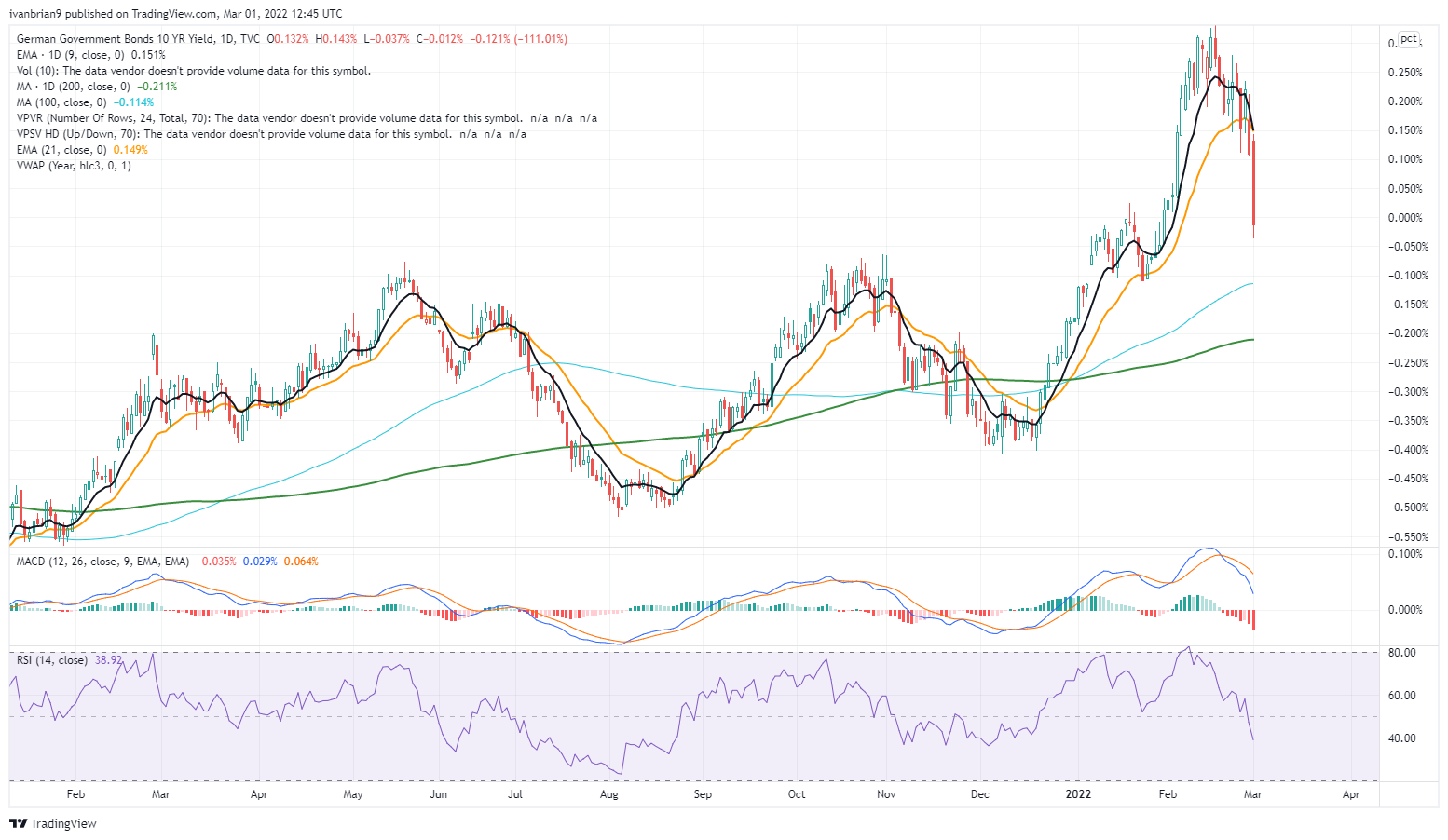 The market is now beginning its period of price acceptance. The sudden shock of the conflict is over, and so while bears are in control, sudden sharp upswings are more likely on any good news such as peace talks, etc. More likely is a long slow grind lower as the war progresses with sanctions hitting global growth prospects. All this means risk control is paramount.

Sharp rallies can be used to initiate fresh bearish positions, but entering too low in the bearish trend will likely lead to being stopped out of the upswings. We have already had a strong recovery on Thursday and Friday and a stabilization on Monday. A move to $446 cannot be ruled out, but we would favor fresh shorts there with a stop near $450. This short would of course be on the assumption of new fresh news regarding peace talks. The Relative Strength Index (RSI) remains below 50 despite the recent recovery and so shows overall bears are in control. We notice with interest the price gap from back in April. The market loves to fill gaps. This also corresponds to a volume gap, so it could see a quick move once the SPY gets below last week’s low of $410. 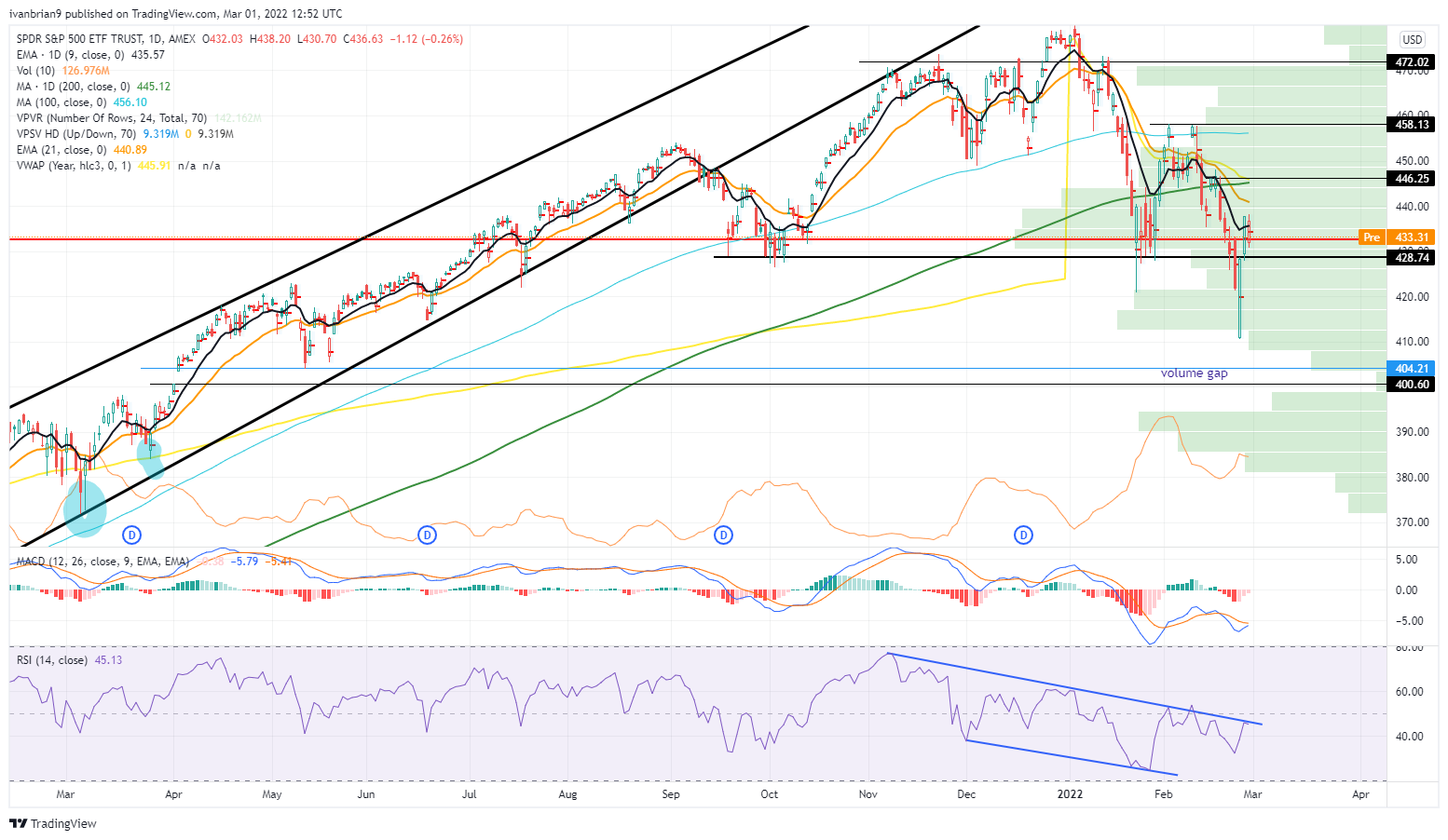 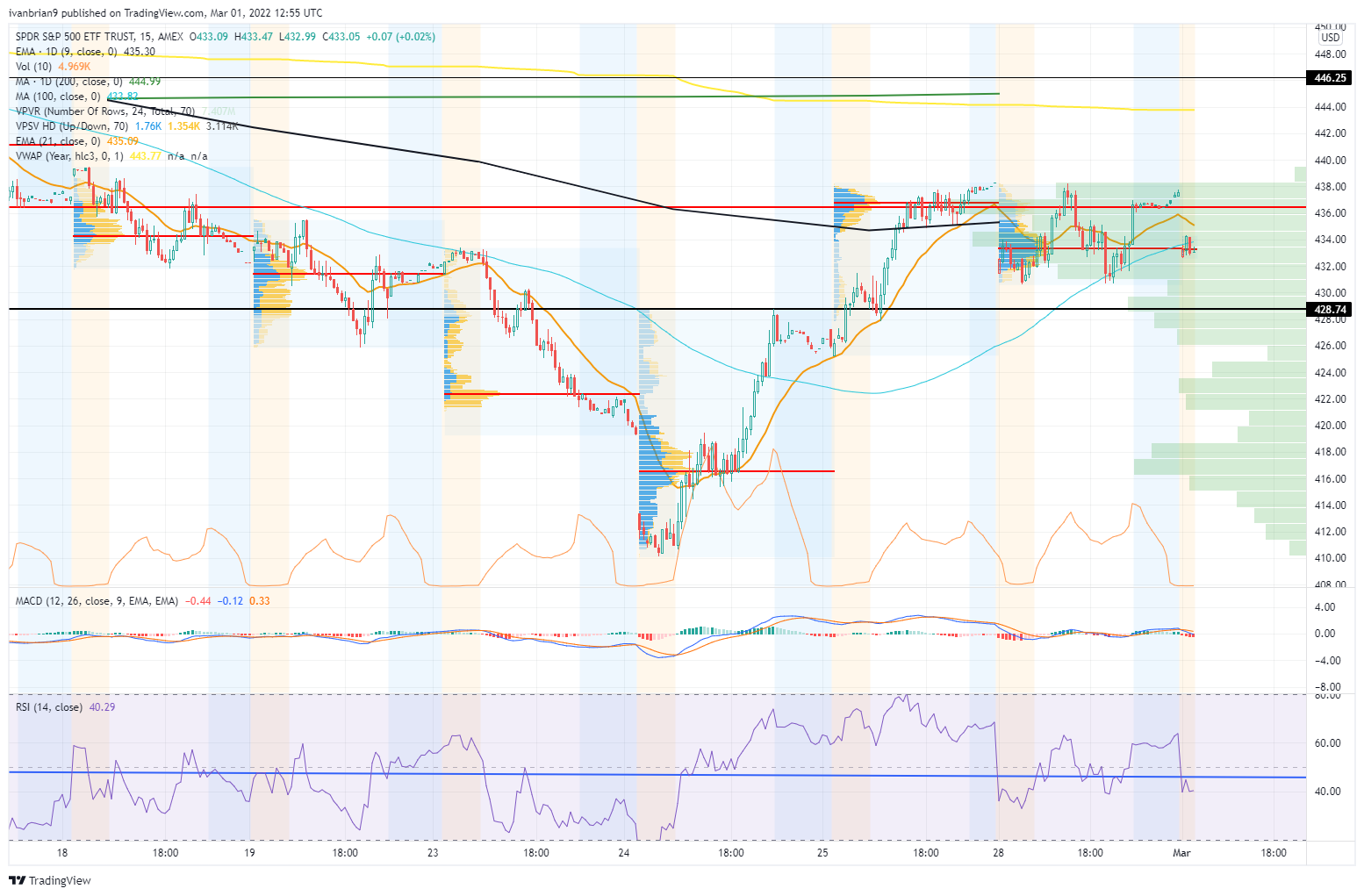 LIVE MARKETS Nasdaq Composite: Bulls and bears battle it out