Alphabet shares may be more valuable if company is broken up

Some tech giants are so big that regulators are looking to break them up. Google parent company Alphabet is a prime example.

Even if it’s broken up one day, though, long-term shareholders could come out ahead because the total value of Alphabet’s parts may be greater than the whole.

Several of Alphabet’s businesses can stand on their own — and likely could compete well against rivals. If Google Search were its own business, it would still dominate searches. If YouTube were its own company, it would have a lot going for it, as it’s the world’s most-watched internet streaming app and a social network, and it offers subscriptions to music and video, too. Google Cloud is the third-largest public cloud service provider. It’s not yet profitable, but it’s getting there.

Plus, Alphabet is cash-rich, with cash and short-term investments worth nearly $140 billion as of the end of 2021. This kind of war chest could provide lots of funding if the company’s individual entities were set free.

Alphabet shares recently traded at a price-to-earnings ratio of around 21, well below its five-year average of nearly 34 — an attractive level for a company whose 2021 revenue grew 41% year over year. The stock appears already discounted for regulatory risks, and long-term investors should take a closer look. (The Motley Fool owns shares of and has recommended Alphabet.)

From L.R. in Carson City, Nev.: Where should I look for estimates of various companies’ upcoming earnings?

The Fool responds: You’ll find analysts’ projected earnings at sites such as Yahoo! Finance. (Look up companies via the “Quote Lookup” search box, then click on “Analysis” on the company’s data page.) But don’t put too much importance on the numbers you see there.

Remember that estimates are just that — estimates. Very often, they’re partly or largely based on guidance and information from the company itself. So a company could lowball its guidance, making it easier to exceed expectations when reporting results.

Publicly traded companies in the United States report on their performance and financial health in quarterly reports (“10-Q’s”) and an annual report (a “10-K,” providing a much deeper dive). Instead of focusing on analysts’ estimates, review each report closely yourself, noting trends, growth rates and any red flags you might see (such as surging debt).

From M.C. in Sioux Falls, S.D.: I have holdings in several dividend-paying stocks, with dividend yields ranging from around 3% to 8%. The companies all seem to be performing well, so I’m thinking of selling the low-yielders and buying more of the high-yielders. Should I?

The Fool responds: Don’t put too many eggs in too few baskets. Even seemingly solid companies can surprise you with bad news and dividend cuts.

Also, consider dividend growth rates. If you plan to hold these shares for many years, the companies with low current yields might be growing rapidly and might increase their payouts substantially in coming years, eventually paying more in dividends than the current high yielders are paying.

All investors screw up, even the best ones. But the more mistakes you can avoid, the better. Here are some common ones:

Investing before you’re ready: If you’re deep in credit card debt or you don’t have a fully funded emergency fund, think twice before investing.

Thinking it’s too soon to invest: Yes, retirement is many decades away if you’re still 20-something, but that means money invested now will have many decades in which to grow for you. That’s powerful!

Thinking it’s too late to invest: Even if you’re 50 or 60 now, you may live to 90 or beyond. Some of your money may have decades to grow. In only 10 years, you can roughly double your money if it grows at an annual average rate of 7%.

Investing too aggressively: Those aiming to get rich quick (or those who simply don’t know better) may invest with borrowed money (using “margin”), buy penny stocks, try day trading and so on. The most reliable way to get rich with stocks is to buy into high-quality, growing companies at reasonable prices, aiming to hang on for many years.

Investing too conservatively: If you’re too cautious with your money, sticking with savings accounts, certificates of deposit or money market accounts, it’s not likely to grow at a useful rate (and may not even keep pace with inflation). Long-term dollars are likely to grow fastest in stocks, but money you will need within five years or so can — and should — be in safer places.

Being impatient: Impatience can lead you to sell a great stock that might do well in the coming years. You need to stay the course, through boom times and sluggish times. The stock market can be volatile, but over long periods, it has always gone up.

Not learning: To become a better investor and manager of your money, always keep reading and learning.

From A.C., online: My dumbest investment was not pulling the trigger and buying shares of Apple at $12 apiece. I had $10,000 burning a hole in my wallet and got talked out of buying it because “Apple is going to be out of business very soon.” Argh.

The Fool responds: First off, if someone is giving you financial advice, find out how savvy and trustworthy they are and whether they have any conflicts of interest.

Next, think back and ask yourself what your rationale was for buying into Apple — and what your naysayer’s reasoning was. There will always be arguments for and against buying particular stocks, and you need to do your own thinking and deciding.

(Those who don’t feel comfortable or confident deciding to buy or sell individual stocks can still do very well just investing in a low-fee, broad-market index fund, such as one that tracks the S&P 500.)

Here’s some consolation: You may have missed a big opportunity, but you didn’t actually lose any money on Apple. Also, in years past, the phenomenal performance ahead of Apple wasn’t so crystal clear. You may have suspected it would do well, but there was always a chance it wouldn’t.

Next time you’re on the fence about a stock, perhaps due to a naysayer raising valid concerns, you might split the difference and buy some shares but not all the shares you originally planned to buy.

I trace my roots back to my 1967 founding, when two siblings built two homes in Pennsylvania. I tackled my first large master-planned community in 1975. I sold my 100,000th home in 2014. Today, with a recent market value of around $5.5 billion, I’m a premier builder of luxury homes — in 24 states and the District of Columbia. I’m vertically integrated, with my own architectural, engineering, mortgage, title, land development, golf course development, smart home technology and landscape businesses. I do my own lumber distribution, house component assembly and manufacturing. I’m in the Fortune 500. Who am I? 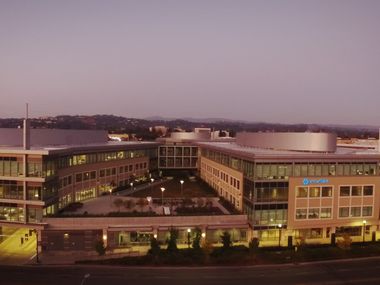 Read More: Alphabet shares may be more valuable if company is broken up