Many investors are looking to get rich quick, but the savvy among us realize that it’s not likely to happen. Worse, many common attempts to get rich quick — by purchasing penny stocks, for instance, or investing using a lot of margin — tend to end up making people poorer, not richer.

The most reliable way to build wealth via stocks is to do so over decades. The most impressive stock performers in the market have often rewarded their longest-term shareholders the most. Even investing just $5,000 can turn out fairly well. If it averages, say, 15% annual growth over 20 years, it would grow to more than $80,000. An average growth rate of 20%, which is hard to achieve, would get you to more than $191,000. (Of course, investing that $5,000 regularly, or larger sums regularly, can produce more spectacular results.) 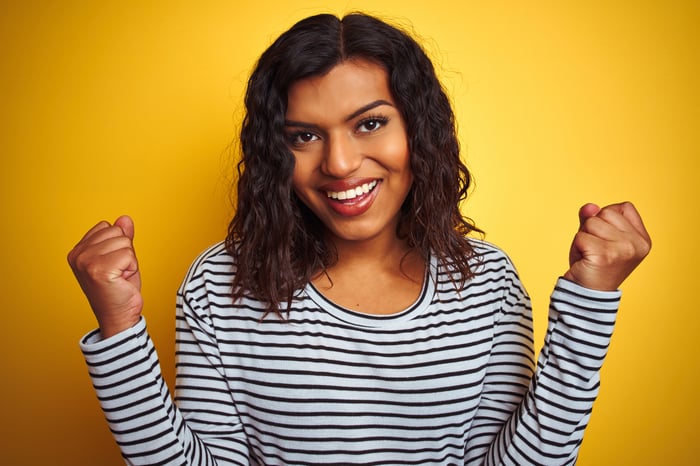 Here, then, are three companies that seem poised to perform very well over the long run. See if any or all of them interest you.

Let’s start with the discount warehouse titan, Costco (NASDAQ:COST). You might think that it’s not as exciting a stock as, say, Amazon.com or Apple, but its performance is not too shabby at all. Over the past decade, its stock has averaged an annual return of 20.4%, enough to turn a $10,000 investment into  $64,045 — and that’s without reinvesting dividends.

Still, the future matters much more than the past when it comes to investing — and Costco’s future looks bright. It’s designed to keep cranking out profits in large part by treating its employees, customers, and shareholders well. It pays above-average wages with above-average benefits, caps its markups on products at around 14%, and pays a dividend that, while not huge at 0.6%, has been growing at an annual average rate of 12%. Its Kirkland brand is well respected and known for quality, and its annual membership fees of between $60 and $120 deliver close to $4 billion in revenue.

DocuSign (NASDAQ:DOCU) is not as familiar as Costco, but there’s a good chance you’ve had to sign some document remotely, on your computer. If so, you may have used the DocuSign service. It’s commonly used for real estate transactions, purchase orders, sales contracts, non-disclosure agreements, and even permission slips for students. The company boasts more than a million paying customers and over a billion users worldwide.

DocuSign’s stock has soared since it debuted in 2018, averaging annual returns of 24.5%. The company is well positioned to keep growing, too, by grabbing more customers internationally as well as domestically and by expanding its offerings. One promising technology it offers is an artificial intelligence-based “Analyzer,” which can help customers by summarizing key points in contracts. It has also partnered with Zoom Video Communications to enable face-to-face signings.

DocuSign’s recently reported earnings for fiscal year 2022 featured revenue up 45% year over year and a net loss 71% below previous-year levels. That reflects solid growth, but investors have worried about slowing growth due to the pandemic winding down. DocuSign’s stock was, therefore, recently down 70% from its 52-week high, presenting a great time for long-term investors to take a closer look at the company.

Then there’s Axon Enterprise (NASDAQ:AXON), perhaps the least familiar of these three, though you might have known it by its old name, Taser International. The growth stock specializes in weapons and law enforcement technology. It still makes and sells tasers, and it’s expanding its addressable market by starting to sell not only to those who carry weapons in their line of work but also consumers — for self-defense.

There’s more to Axon than that, though: It also sells police body cams, dashboard cams, and services that can store and analyze captured video footage.

Axon is in full-growth mode, reporting annual bookings up 54% year over year in 2021, topping $1.7 billion, while annual recurring revenue popped 48%. Its stock is down from its 52-week high, but it doesn’t appear to be a screaming bargain at recent levels. Its market value was recently around $9.5 billion. If you can see it valued far more highly in the future, then consider adding it to your watch list, or buy into it incrementally as it has the potential to make you rich over the coming decades.

These are just some of the many growth stocks out there that can perform phenomenally for investors over many years. None are guaranteed to do so, so aim to spread your dollars across a bunch of contenders.

Is Stingray’s (TSE:RAY.A) 6% Dividend in Danger amid High Debt?