The recent surge in inflation has made it tougher for most Americans to both cover their costs and have enough left over to invest. With costs rising so quickly, it’s tempting to cut back on investing to find more breathing room each month. Yet one major advantage that investing in strong companies offers is the fact that over time, those types of businesses give investors a genuine shot at protecting their purchasing power even in inflationary times.

Yet when the market is volatile, it might seem tough to pick out great businesses worthy of owning for the long haul. To help on that front, we asked three Motley Fool contributors to select companies that they thought had what it takes to reward their owners over time even as inflation rears its ugly head. They picked Medical Properties Trust (MPW -1.07%), Netflix (NFLX -3.90%), and Texas Instruments (TXN -0.99%). Read on to find out why and see if any or all of them just might deserve a spot in your portfolio. 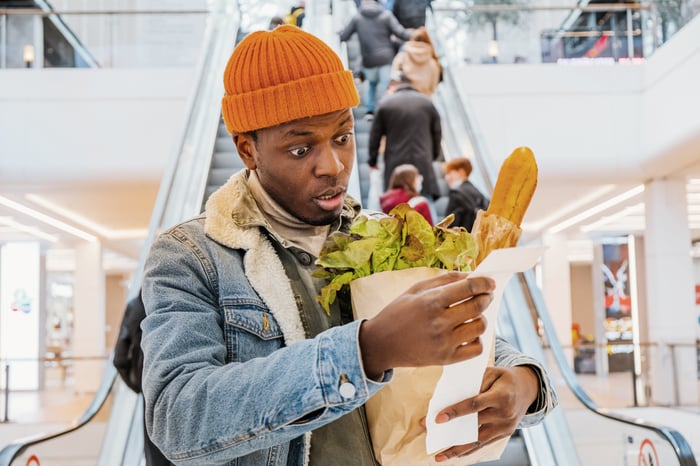 One inflation fighter you can really trust

Eric Volkman (Medical Properties Trust): There are industry sectors that are inflation-resistant by their nature. One of these is the healthcare sector because, after all, no one wants to curtail spending on their medical needs, no matter what’s happening to their currency.

One related stock I like at the moment is Medical Properties Trust, which is a real estate investment trust (REIT) that operates a clutch of healthcare facilities — mainly various types of hospitals — and takes in rent from tenants. All told, its portfolio holds 440 properties in the U.S. and nine other countries. Its licensed bed count is around 46,000.

Medical Properties Trust leases its real estate through triple-net leases, arrangements in which the tenant not only pays rent but also takes care of the property taxes, insurance, and maintenance costs. Also, the REIT’s contracts typically stipulate annual rental rate increases. Although these are modest and affordable, over time they smooth out any potential hit to the finances suffered from inflation.

These combine with a series of recent, complementary acquisitions to keep Medical Properties Trust’s fundamentals heading higher. In its most recently reported quarter, the REIT managed to boost its revenue by a meaty 13% year over year to almost $410 million. Adjusted funds from operations (AFFO), a key profitability metric for REITs, rose at a similar rate.

This kind of improvement in the fundamentals leaves plenty of room for a hike in the company’s dividend. (What investor staring inflation in the face right now wouldn’t be happy with a higher payout?) Medical Properties Trust injected its quarterly dividend with a 4% raise, putting it at $0.29 per share. (By the way, 2022 represented the tenth straight year of dividend raises for the REIT.)

At the most recent closing share price, that new distribution would yield 6.3%. This is high not only for dividend stocks in general but for the typically high-yield dividend world of REITs (as they are obligated to disburse nearly all their net profit in this way).

So Medical Properties Trust doesn’t just operate a business that has a built-in inflation hedge; it’s also growing handsomely in its own right and remunerating shareholders generously on the way up.

The streaming pioneer is selling at a discount

Parkev Tatevosian (Netflix): My top inflation-busting stock to buy right now is Netflix. The streaming pioneer offers its service to folks for less than $20 per month, making it one of the most affordable entertainment options. If you stream content daily, which most people do, that’s less than $1 per day. What if you are a household of four that each streams content daily? That’s less than $0.25 per person per day.

The excellent customer-value proposition will only gain prominence during these inflationary times. Prices are going up for travel, movie tickets, ball games, theme parks, etc. It all makes Netflix’s affordable price look even more attractive comparably. Netflix already boasts 222 million subscribers, down 200,000 from the previous quarter. The decrease was the first in more than a decade and partly explained why the stock is down a whopping 72% off its high. What’s worse, management expects the company will lose another two million subscribers in the second quarter.

That said, the market is arguably overreacting to the bad news. Netflix attracted millions of subscribers during the pandemic when demand for in-home entertainment surged. Understandably, the elevated demand would cool down. Sure, Netflix now faces more competition and slowing demand, but it has had a decade-long head start on its new rivals, and there is likely to be more than one winner in the streaming wars. 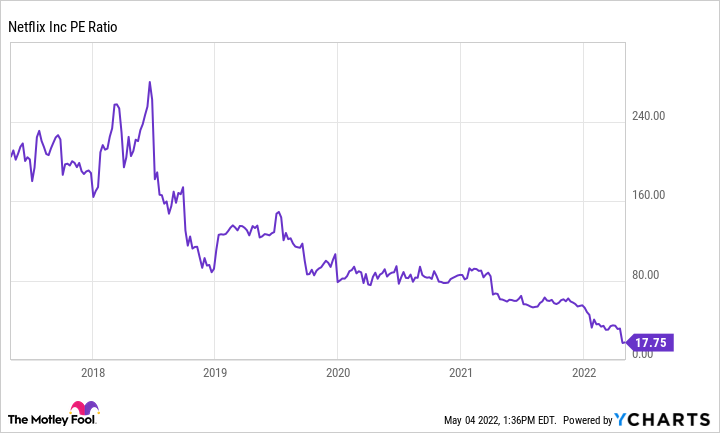 Nevertheless, all the worries have lowered Netflix stock to a bargain price. Trading at a price-to-earnings ratio of 17.75, it is the lowest it has sold for according to this metric in five years. Investors looking for a stock that could perform well if inflation persists can add Netflix to their portfolios.

When a company can truly show you the money, it’s worth a serious look

Chuck Saletta (Texas Instruments): There’s an old saying among experienced investors that “profits are a matter of opinion, but dividends are a matter of fact.” This is because in the short run, clever accountants can often adjust assumptions, reserves, and models to make an earnings release seem better than the underlying reality of the business.

Dividends, on the other hand, require a company to come up with cold, hard cash to reward its shareholders. That cash, once it gets handed to the shareholders, is no longer available to the company for any other purpose. In addition, once shareholders get used to a dividend, they tend to punish a business that later cuts that dividend when things get tough. As a result, companies tend to put a lot of thought into what they offer their shareholders as a dividend.

That’s what’s so exciting about Texas Instruments. Last fall, it raised its quarterly dividend from $1.02 to $1.15 — nearly 13%. That boost is more than enough to keep up with even today’s elevated inflation level. Even with that increase, the payout only consumes around half of Texas Instruments’ trailing earnings, which makes it reasonable to conclude it can keep making that payment. That combination is what makes Texas Instruments an inflation-busting stock to consider owning.

Supporting that dividend is a semiconductor manufacturing business that covers around 80,000 different products sold to somewhere in the neighborhood of 100,000 customers. While it might be best known for its graphing calculators, it’s that total breadth of offerings, touching so many industries, that give the company its long-term staying power.

In addition, the company’s shares are available for a bit less than 20 times its expected earnings, and those earnings are expected to grow at a solid 10% annualized clip over the next several years. That combination means its shares appear fairly reasonably priced. Plus, it is likely to continue its trend of increasing its dividend over time. That’s what makes it worthy of considering adding to your portfolio now.

Although Medical Properties Trust, Netflix, and Texas Instruments generally operate in different sectors, they can help investors fight inflation over time. In a world where the cost of so much keeps going up, it’s nice to know there are at least a handful of investments that can give shareholders a legitimate chance to keep pace.