Hanoi (VNA) – Inspection and supervision are always taken as a crucial part of
Party building, a leadership function and a task of the entire Party, which
have been stepped up over the past time.

The work has brought about marked results,
contributing to detecting and handling violations. Therefore, one of the key
tasks set for 2022 is to conduct inspections when there are signs of violations
in order to deal with wrongdoings by Party organisations and members,
preventing the negative phenomena from spilling from distance and at an early
date, as prescribed in the Party Central Committee’s Regulation No. 22-QD/TW
dated July 28, 2021, on the Party’s inspection, supervision and discipline. 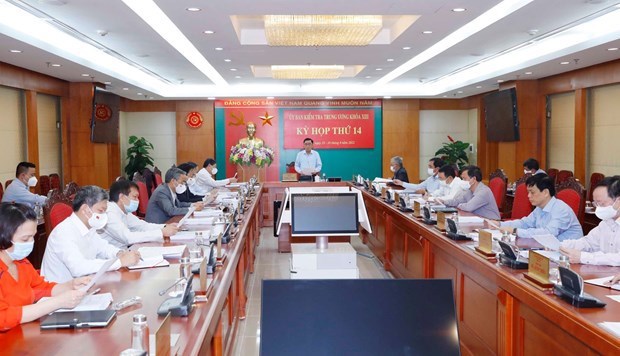 Serious violations should be handled strictly and
in a timely manner as a deterrence for others, thus contributing to raising the
prestige of the Party and State agencies, spurring socio-economic development,
and building a pure and strong Party.

In 2021 – the first year of the 13th tenure,
all-level inspection commissions looked into signs of violations at 3,005 Party
organisations and  of 8,982 members. A total of 1,757 organisations and
6,695 members were found to have committed wrongdoings, of whom 194 collectives
and 3,465 individuals were disciplined.

In the first quarter of this year alone, the
commissions proactively fulfilled their tasks in accordance with regulations in
the Party’s Statutes, as well as those assigned by Party committees, focusing
on inspections over signs of violations. The work has been done in a timely and
serious manner, and with strong determination.

Currently, 20 teams from the Inspection
Commission, up nearly three times year-on-year, are performing the task. They
have also asked Party committees and inspection commissions in all the 63
cities and provinces to engage in these efforts, he added.

According to the official, the inspections target
violations of Party regulations and the State’s laws on the management and use
of finance, public assets, land and natural resources, the implementation of
research projects, investment and the procurement of medical equipment during
the COVID-19 fight, and the stock market.

The Inspection Commission imposed disciplines on
five organisations and 21 members, and gave timely conclusions on many cases of
public concern, helping to tackle the root causes of violations. 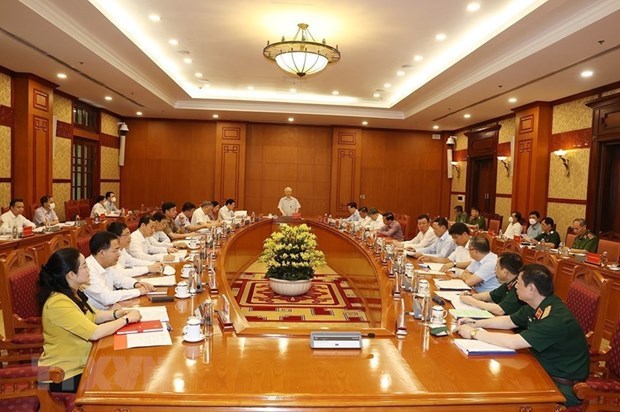 Party General Secretary Nguyen Phu Trong speaks at the meeting of the Standing Board of the Central Steering Committee on Anti-Corruption. (Photo: VNA)

At a recent meeting on the fight against
corruption and other negative phenomena held by the Standing Board of the
Central Steering Committee on Anti-Corruption, Party General Secretary Nguyen
Phu Trong, who is also head of the committee, stressed that lessons drawn from
the combat match the reality, theory and guidelines.

It is necessary to stay a step ahead in Party
inspections, he said, adding that the inspection commissions can conduct their
work anytime they detect signs of violations.

The good experience that Party discipline comes
first, followed by administrative and criminal punishments, should be
duplicated, the Party leader noted.

Speaking at another meeting, Tu emphasised that
Party inspection, supervision and discipline need to be enhanced in the time
ahead, saying inspection must be conducted as soon as the signs of violations
are detected, with a focus on the spheres, areas and positions from which
corruption and other negative phenomena can easily sprout.

The task has also been included in the Politburo’s
newly-issued Conclusion No. 34-KL/TW on the Party inspection and supervision
strategy by 2030, under which the Politburo asked for inspections over
phenomena of degradation in political thought, morality and lifestyle, as well
as issues of public concern.

Violations by Party organisations and members must
be handled strictly and in a timely, comprehensive manner, it said./.

AMC meme stock investing: What could be next for the company and stock

Debt ceiling 2023: What we can learn from past showdowns like the one in 2011